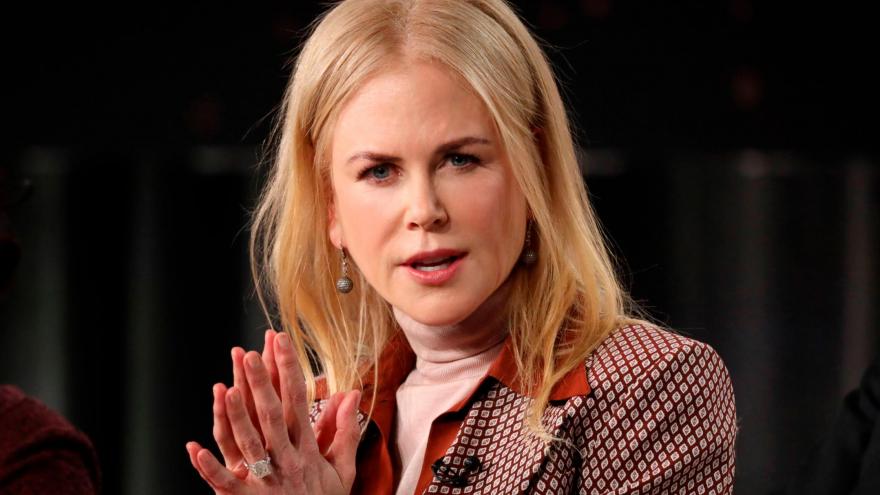 (CNN) -- Hong Kong has some of the toughest Covid-19 quarantine rules on the planet, capturing everyone from journalists to Olympic athletes. Not Hollywood actress Nicole Kidman, however.

On Thursday,Hong Kong confirmed that the Oscar winner was granted a special exemption from the quarantine rules. Four members of her crew have also been granted relief from the restrictions, Hong Kong officials said on Friday.

Hong Kong newspapers, including the South China Morning Post and The Standard, said Kidman was in the city to film a series for Amazon.

In a statement, the Hong Kong government said "the case in discussion has been granted permission to travel to Hong Kong with a quarantine exemption for the purpose of performing designated professional work." It added that the move was "conducive to maintaining the necessary operation and development of Hong Kong's economy."

The film crew are only allowed to leave theiraccommodation for work-related purposes, and no breaches have so far been identified, Edward Yau, Hong Kong's Secretary for Commerce and Economic Development, said in a statement on Friday.

According to media reports, the star arrived in the city on a private jet from Sydney on August 12. Currently, all arrivals from countries deemed "medium" or "high" risk need to quarantine in a hotel for 14 or 21 days at their own expense. Australia, which is witnessing a rise in Covid-19 infections, is now in the "medium risk" category.

Certain categories of people — including aircraft crew — are sometimes exempted from these rules. In May, Hong Kong also gave some top executives a pass in an attempt to protect business, although HSBC Chairman Mark Tucker reportedly spent three weeks recently in isolation in the city. (HSBC is moving four of its most senior executives from London to Hong Kong this year as part of a broader pivot to Asia.)

Kidman's representatives did not respond to a request for comment. But "The Bombshell" star's production company, Blossom Films, posted an image on Instagram in August 2019 which reads "The Expatriates: Coming soon" with the caption "#TheExpatriates Based on the @NYTimes best-selling novel from author @JaniceYKLee. Coming soon to @AmazonPrimeVideo."

The 2016 novel— "The Expatriates"— tells the story of three American women living in Hong Kong, according to Lee's official website.

Hong Kong has been toughening its already rigidCovid-19 restrictions this week, causing anxiety among residents and travelers.On Tuesday, the government scrapped a program that shortened quarantine for some incoming arrivals. Previously, vaccinated travelers from specific countries who had qualifying antibody test results could have their hotel quarantine cut to 7 days.

Speaking to media on Tuesday, Hong Kong leader Carrie Lam apologized for those inconvenienced by the change and said it was being done to protect local people.

"So this proves that it is not an exact science to deal with Covid-19, we have to continuously review the situation with the experts and take into account their advice to design our policies," Lam said.

— Jadyn Sham in Hong Kong contributed to this report.