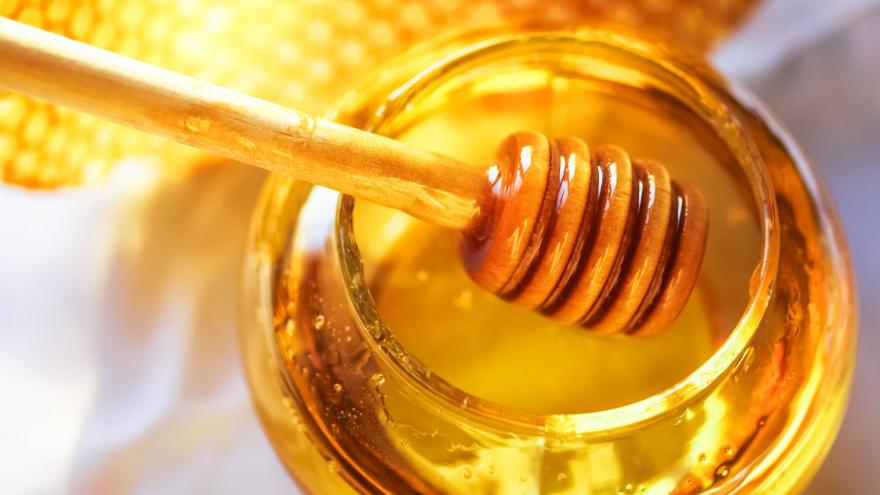 (CNN) -- Honey may be a better treatment for coughs and colds than over-the-counter medicines, a new study has found.

Researchers said honey was more effective in relieving the symptoms of cold and flu-like illnesses than the usual commercial remedies, and could provide a safer, cheaper and more readily available alternative to antibiotics.

They encouraged doctors to consider recommending it to patients in place of prescribing antibiotics, which can cause side effects and lead to antibiotic resistance when overused.

Honey has long been used as a home remedy for coughs, but its effectiveness in treating common illnesses has not been heavily researched.

"Honey was superior to usual care for the improvement of symptoms of upper respiratory tract infections," they wrote in the journal BMJ Evidence-Based Medicine.

"It provides a widely available and cheap alternative to antibiotics. Honey could help efforts to slow the spread of antimicrobial resistance, but further high quality, placebo controlled trials are needed."

Researchers compiled the results of 14 studies, nine of which only involved children. Most compared honey with more conventional treatments like over-the-counter medicines.

When they looked at studies comparing honey with a placebo, however, the authors were unable to reach the same conclusion as they did when looking at the other comparative studies. They said more research should be done on that comparison.

The UK's public health bodies have repeatedly warned of the dangers of overusing antibiotics. In 2018, they said that millions of surgical procedures could become life-threatening if the effect of antibiotics is diminished through over-prescription.

"Since the majority of URTIs are viral, antibiotic prescription is both ineffective and inappropriate," the study's authors wrote. "However, a lack of effective alternatives, as well as a desire to preserve the patient-doctor relationship, both contribute to antibiotic over prescription."

A large catalog of previous research has proven that honey has the power to kill bacteria. Studies have shown that it is effective against dozens of strains, including E. coli and salmonella.

A specific type of honey from New Zealand, called manuka, and Malaysian tualang honey have been shown to fight staph and the digestive bacteria responsible for peptic ulcers, H. pylori.

And another study of 139 children found that honey did a better job of easing nighttime coughs and improving sleep than both the popular cough suppressant dextromethorphan and the antihistamine diphenhydramine (often sold under the brand name Benadryl).