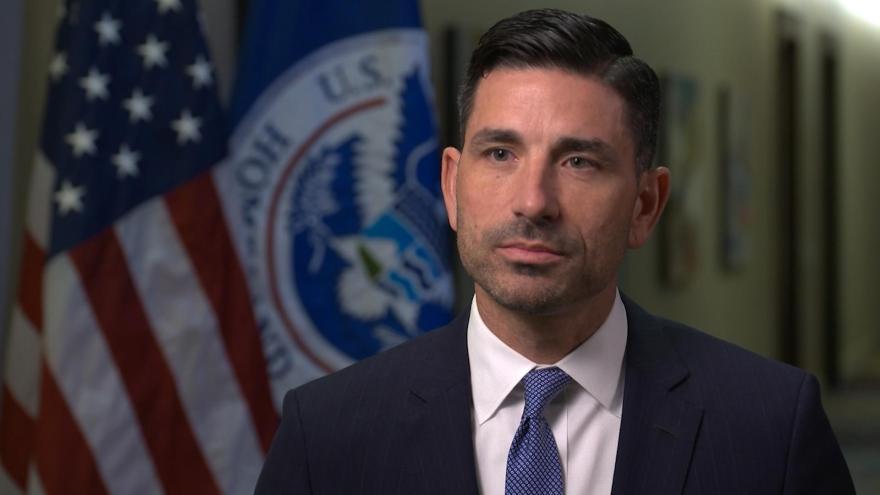 "Russia has an ongoing influence campaign to sow discord or distrust in our American democracy," Wolf told CNN on Thursday while visiting a Mecklenburg County Board of Elections facility in North Carolina.

The Department of Homeland Security has said it's warning state and local officials about fake information, fake news and misinformation campaigns put out by Russia this primary season.

DHS is standing up a "cyber situational awareness room" ahead of Tuesday, Wolf told local officials in North Carolina. State and local election officials will have access to this room to share information in real time and communicate any potential issues.

The department's cybersecurity agency has been working with state and election officials in all 50 states -- more than 2,300 jurisdictions -- ahead of the 2020 elections in "sharp contrast to 2016," when DHS was in "contact with few to none," Wolf said.

The acting secretary said the department's primary focus is on making sure that election infrastructure is not interfered with, so when people vote, they know it's "counted correctly."

Wolf declined to comment on evidence of Russia's influence, but said, "We do see them having that continuous misinformation campaign out there that we saw in 2016, saw in 2018 and beyond. We're going to continue to plan for the worst."

"Our heightened sense of security is up," he told CNN.

During the news conference, Wolf called on voters to be aware of inaccuracies on social media and that they are "getting their information straight from the source."

When asked how they will inform the public if there is a credible threat, Wolf said the department would provide intelligence to state and local election authorities.

"DHS, the federal government, doesn't run our elections. Each individual state runs their elections, and they're going to make decisions that are best for them," Wolf said. "We want to make sure there's not a gap or a lack of information."