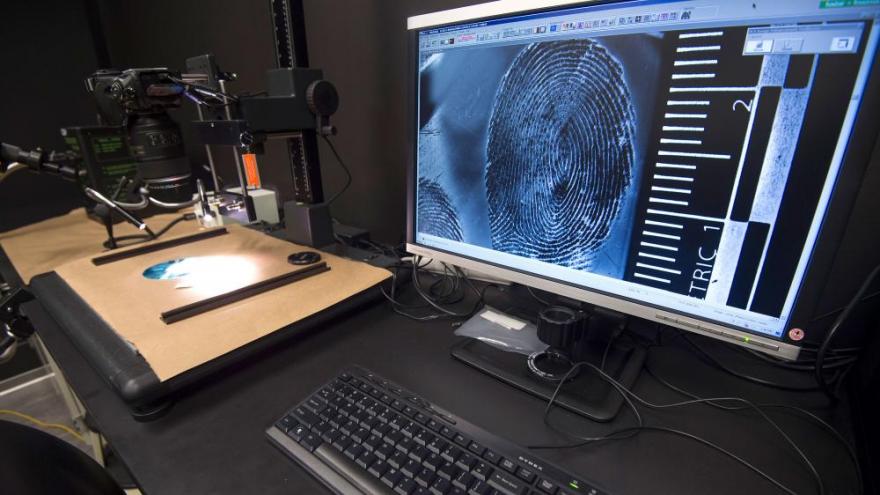 The Department of Homeland Security is planning to expand its use of biometric data for immigration purposes, as well as increase its use of DNA to verify family relationships.

(CNN) -- The Department of Homeland Security is planning to expand its use of biometric data for immigration purposes, as well as increase its use of DNA to verify family relationships.

In an announcement this week, the department said it expects to imminently publish a proposed rule to establish the new protocols for biometric data use, which will allow it to use new technologies as they become available.

The proposal would give DHS the authority to require biometrics for every application, petition or related immigration request, according to a DHS official who spoke to reporters Wednesday. Currently, US Citizenship and Immigration Services, the DHS agency responsible for managing immigration benefits, requires biometrics only for applications that require background checks, the official added.

The Trump administration has made vetting a cornerstone of its immigration policy; during his 2016 presidential campaign, then-candidate Donald Trump promoted "extreme vetting" of immigrants. This is also the latest administration move to increase the use of DNA testing. Last year, Immigration and Customs Enforcement began using DNA testing at several locations along the southern border to identify individuals as families.

The new rule would give the department broad authority to use new and expanding biometric technologies. This could include voiceprints, iris scans, palm prints and facial photos, as well as technologies that have yet to be developed.

The change will also remove all age restrictions for biometric collection, which is generally restricted for children under 14, according to the official.

The proposed rule will allow the agency to collect DNA to verify a genetic relationship, where establishing a genetic or familial relationship is an eligibility requirement for the immigration benefit.

Raw DNA will not be stored but the results of the test will be saved in an immigrant's "A-File," the official file for all immigration and naturalization records, "consistent with current procedures," the official said. While the information may be shared with law enforcement, the new rule does not change the procedure for other agencies to access the files.

The proposal, which was first reported by BuzzFeed News, has already received harsh criticism. Andrea Flores, deputy director of immigration policy for the American Civil Liberties Union, said this would be an "unprecedented" collection of personal information from immigrants and the US citizens who sponsor them throughout the immigration process.

"Collecting a massive database of genetic blueprints won't make us safer -- it will simply make it easier for the government to surveil and target our communities and to bring us closer to a dystopian nightmare," said Flores in a statement.

The DHS official confirmed that the rule would allow for the collection of DNA from US citizens in certain cases.

This rule primarily applies to the authorities of USCIS, but It also establishes "uniform definitions" on biometrics for the whole department, the official added.

The cost for the additional biometric collection is expected to be covered by new fees, which are scheduled to go effect in October.

"This rule will not result in additional fees to be paid by applicants or petitioners," the official said.

Putting the rule into effect is a "top priority" for the administration, said the official. However, the changes will not be implemented until the rule has gone through the standard review process.

Ken Cuccinelli, the senior official performing the duties of the deputy secretary of homeland security, praised the rule, saying in a statement that "leveraging readily available technology to verify the identity of an individual we are screening is responsible governing."

"The collection of biometric information also guards against identity theft and thwarts fraudsters who are not who they claim to be," he added.