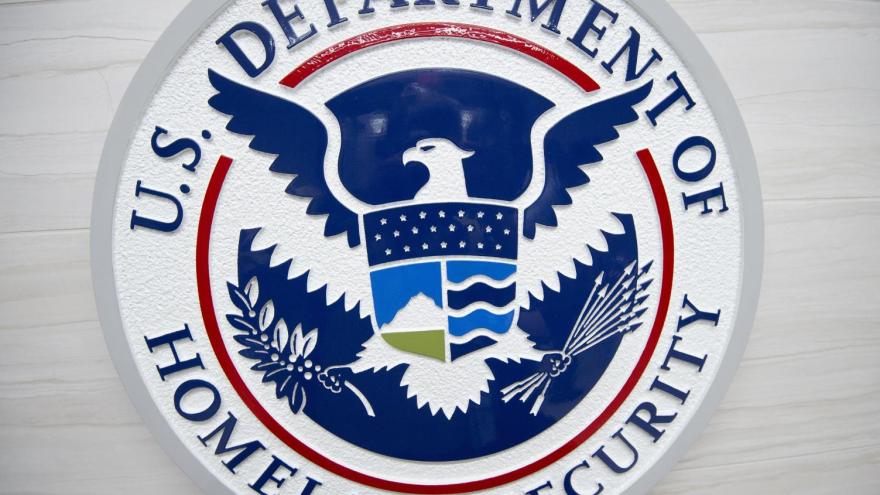 A hand-drawn swastika was found on the third floor of a Department of Homeland Security building on Friday in Washington, a government official told CNN.

(CNN) -- A hand-drawn swastika was found on the third floor of a Department of Homeland Security building on Friday in Washington, a government official told CNN.

Some staffers in the building, on the Nebrask Avenue Complex in Washington, were notified about the Nazi symbol in an email from Principal Deputy Undersecretary for the Office of Intelligence and Analysis Brian Murphy, which was obtained by CNN.

"Unfortunately, today a hand drawn swastika was located on the third floor," Murphy wrote in the email, sent out shortly after 5 p.m. Friday. "First, I want to repeat what (Under Secretary for Intelligence and Analysis David Glawe), the Secretary, and many others in the Department have said in the past: there is no room in the workplace for such symbols of hate. And there is no room in the workplace for those who ascribe to such a thing. I have communicated with USIA Glawe, who is currently in Israel, and he is disgusted by what has happened."

Murphy then details a number of steps he said the department is taking, including removing the swastika, asking staffers and cleaning personnel if they saw anything "suspicious," notifying the Department of Homeland Security's offices of the inspector general and security, asking the DHS Insider Threat Program "to take steps as appropriate" and hearing suggestions "on steps we may want to take" from the DHS Office for Civil Rights and Civil Liberties.

Murphy closed the email reiterating that DHS has no "tolerance in our workplace for such acts of hate. And this email is just the next step in our communication and action plan."

As happens in offices, an employee commented on the email but accidentally replied to all.

"Check out the latest I&A" -- Intelligence and Analysis -- "insanity -- as if leadership really cares," the employee wrote. "I guess I should not be surprised."

Murphy responded to that individual, also replying all.

Neither Murphy nor the employee responded to emails requesting comment. But in a statement to CNN, Andrew Meehan, the acting assistant secretary for public affairs from DHS, said the act of drawing a swastika has "no place" in the department.

"This display of hate and cowardice does not represent the dedicated hardworking men and women of the Department of Homeland Security," Meehan said. "It has no place in an organization that works tirelessly to protect the American people and combat hate in all its forms. The situation was immediately referred to the Office of the Inspector General and is currently being investigating to ensure that swift and corrective action is taken."

This story has been updated to reflect new information DHS provided about the location.