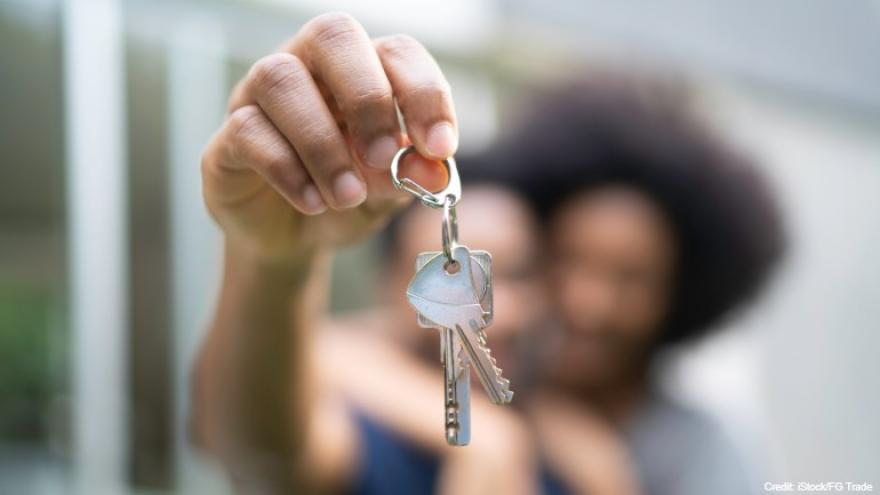 (CNN) -- Buoyed by record low mortgage rates and an influx of remote workers seeking more living space, existing home sales surged by a record setting 24.7% month-over-month in July with prices hitting an all-time high, according to the National Association of Realtors (NAR).

This is the second month in a row of double-digit percentage sales gains. After months of plummeting sales due to the coronavirus shutdowns, existing home sales had jumped 20.7% in June, which was previously the largest month-over-month increase since NAR began tracking in 1968.

"Usually home sales move within a few percentage points, but to see 20% gains is quite surprising," he said.

Homebuyers have been eager to buy after the housing market was essentially shut down during the spring buying season. Interest rates near record lows have also kept many buyers engaged, he said. And many have also been looking for a lifestyle change as a result of the pandemic.

"With the sizable shift in remote work, current homeowners are looking for larger homes and this will lead to a secondary level of demand even into 2021," Yun said.

The increase in demand, along with a steadily low inventory of available homes, has sent the median home price in the US to $304,100, the highest price ever -- both in nominal terms andwhen adjusting for inflation. The median price is up 8.5% from a year ago and marks 101 straight months of year-over-year gains.

While the sales numbers are a rare sunny spot for the economy, the longer-term outlook for sales is a little cloudier, said Matthew Speakman, economist at Zillow, who noted that available housing inventory is tight and prices continue to rise.

"A severe shortage of homes available -- especially at lower price points -- is likely to force these recently strong improvements to decelerate in the coming months, particularly if heightened levels of economic uncertainty start to weigh on homebuyers' enthusiasm," he said.

Rapid home price appreciation will also limit the number of buyers who can benefit from these otherwise rosy buying conditions, Speakman said.

Inventory of available homes was already tight a year ago. Now, with 1.5 million units available at the end of July, inventory is down 2.6% from last month and 21.1% from last year, according to the NAR report.

With only 3.1 months of existing supply on the market, according to the NAR report, even the recent pickup in the pace of home building will not meet all the demand, said Mike Fratantoni, chief economist at the Mortgage Bankers Association.

"Lack of inventory is going to continue to be a hurdle by limiting some prospective buyers' choices and weakening their purchasing power," he said. "If supply meaningfully picks up in the months ahead, the demand will be there for more sales."

If inventory remains low and prices high, homeownership could be further out of reach for lower- and even middle-income buyers, said Robert Frick, corporate economist at Navy Federal Credit Union.

"That lower income Americans have been hurt more by the pandemic just makes that situation worse," he said.

"Continued healing in the housing market is a positive for the overall economy, but elevated jobless claims raise concerns about how sustainable this housing demand is, especially in the face of rising prices," said Danielle Hale, chief economist at Realtor.com.

At the lowest prices there is so much demand and so little inventory that there was a decrease in the number of homes sold, Yun said. He noted that sales of homes under $100,000 were 10% lower in July than a year ago.

But for the homes in price ranges that were above $250,000, sales grew by 20% or more. Yun said the high end of the market was sluggish but is more active now. This could be due to people moving to the suburbs and looking for a larger size home along witha record-high stock market, Yun said.

He noted that most of the current job losses that we've seen are not impacting as many of the home buyers at higher income levels.

"At the upper income brackets, buyers are more stable and they are trying to take advantage of lower interest rates," Yun said.