Home prices are still going strong, but momentum is slowing 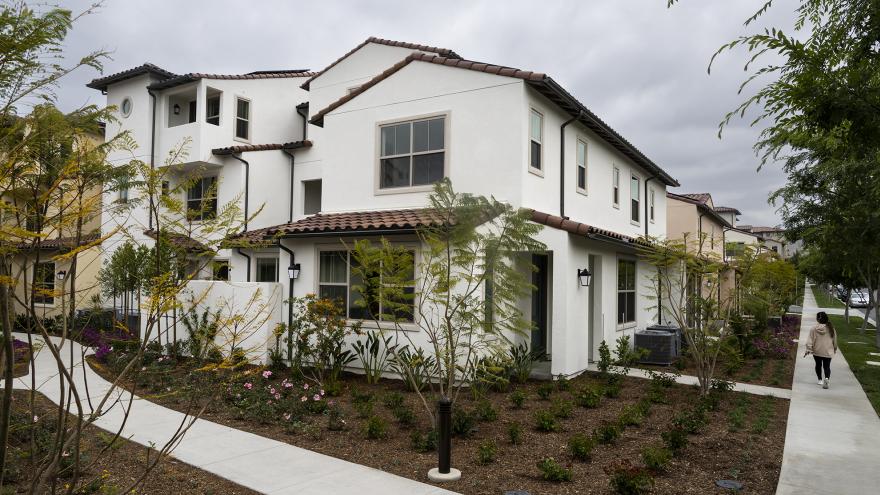 Home prices rose 20.4% in April from the year before, compared to a 20.6% rise seen in March and a 20% annual increase posted in February, according to the report. All 20 cities tracked by the index showed double-digit increases for April, according to S&P Dow Jones Indices.

The latest data represents a snapshot of a housing market in transition, even before the Federal Reserve tightened the bolts on monetary policy -- including its largest interest rate hike in almost three decades -- throwing cool water on the housing market in the process.

"Back in April, things were still quite strong," said Laila Assanie, senior business economist for the Federal Reserve Bank of Dallas. "Home sales were robust, prices were rising quite rapidly, demand was strong, and many of the builders were seeing their homes sell for more than the asking price."

A lot has changed since then. There have been two more interest rate hikes from the Fed as it attempts to curb high inflation and get supply and demand more in sync. Mortgage rates, which respond to market dynamics and tend to track the movements in 10-year US Treasury bonds, have also ratcheted up even further, with the average 30-year fixed rate mortgage hitting 5.81% last week.

Those rising mortgage rateshave already had a huge impact. "The [housing] market has cooled down, and it's normalizing," Assanie said.

April's index shows the first slowing of month-over-month gains since November 2021, the data shows. And the reading suggests further deceleration is ahead, Selma Hepp, CoreLogic's deputy chief economist said in a statement.

"Signs of a tipping point toward a greater balance between buyers and sellers are increasing, albeit only compared to some of the most competitive conditions since the early 2000s," she said.

Sellers are having to work a little harder to close the deal, and investors -- who had been buying properties in bulk -- appear to be pulling out of the market, she said.

"We don't expect a large decline in home prices across the US; it's likely to remain fairly stable," Leo Feler, senior economist at the UCLA Anderson School of Management, said in an interview with CNN Business.

There are certain markets -- "boom and bust" areas like Las Vegas, Phoenix, and Jacksonville and Tampa in Florida -- where prices may see deeper declines, he said. Tuesday's report showed that Tampa, Miami and Phoenix reported the highest annual increases of 35.8%, 33.3% and 31.3%, respectively, among the index's 20 cities.

"What seems to have driven some of these home price increases is these are places that have had a big influx of population during these past two years," he said.

Separate data released Monday by the National Association of Realtors showed that pending home sales also surged in May. The pending home sales index, which measures signed contracts on existing homes for sale, saw an uptick of 0.7% in May from April. However, sales were down 13.6% since last year.

"Contract signings are down sizably from a year ago because of much higher mortgage rates," he said in a statement.