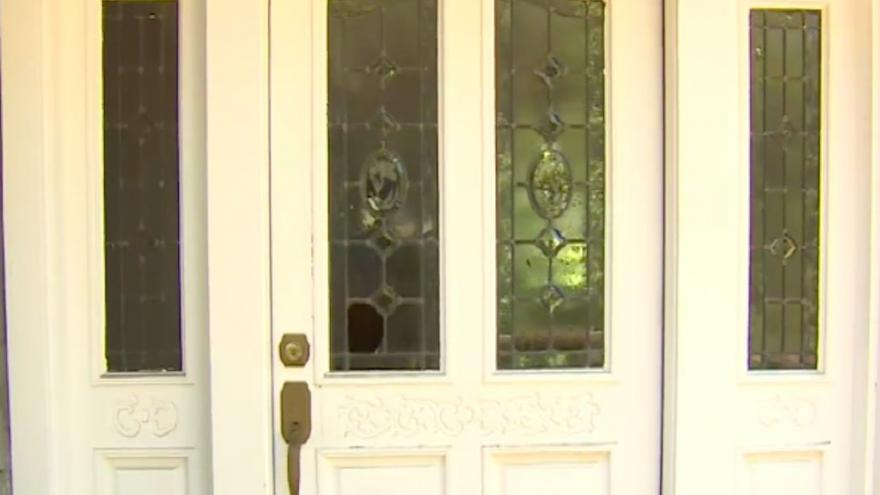 MEADOW VISTA, California (KOVR) -- A bizarre break-in in Meadow Vista: A suspect caught after taking a shower was confronted by the homeowner while wrapped in a towel.

“I pointed the gun at him and said stop right there,” said Steve Baker.

Baker came face to face with a home intruder unlike any other. His surveillance cameras captured the start of the bizarre break-in, which occurred last Thursday.

“He walked up the stairs, he saw it was locked, couldn’t get in, walked back down and picked up this little ceramic bunny we had in the garden,” he explained.

It was just before 11 p.m. when his wife was watching TV and suddenly heard the water running. Baker was fast asleep.

“She woke me up in a panicked way, said ‘Get the gun, there’s somebody upstairs,’ ” he said.

“I grabbed the gun. I don’t keep it loaded but I can do it pretty darn quickly, and that’s what I did and to be quite honest, walked out, first forgot my shorts, so my wife helped me with that,” he said.

Just as Baker was about to see what was going on the suspect came out of the bathroom.

“I got to the bottom of the stairs and as I start to turn around the stairs he was coming down the stairs wrapped in a towel about as surreal as it could get,” he said.

The suspect had just helped himself to a shower.

“I said ‘What on earth are you thinking? He was a 24-year-old kid and he responded saying ‘I had to,’ ” Baker added.

Baker’s wife called 9-1-1 while he held the suspect at gunpoint until deputies arrived.

“And as police were looking for evidence, they went to the dining room table and there’s the bunny with a piece of glass right next to it,” he said.

Though certainly frightening at the time, Steve in a way can laugh about what happened and is grateful it wasn’t worse.

“He’s lucky because someone else could’ve shot him,” he said.

Tiago-Freitas was charged with residential burglary.