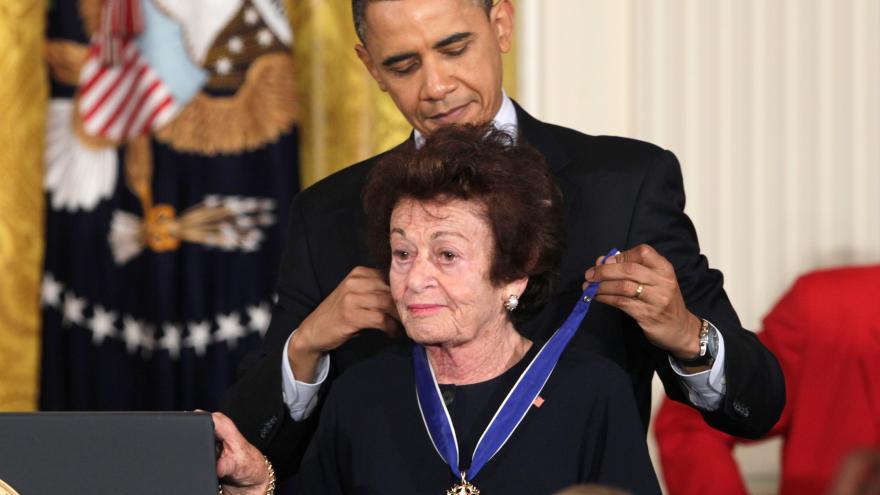 Born in Bielsko, Poland, on May 8, 1924, Klein had enjoyed a "normal life" until the Nazis invaded in September 1939, according to her obituary. She and her family were forced into a ghetto and her parents were ultimately deported to Auschwitz. Klein never saw them or her brother again.

Klein endured years in slave labor and concentration camps before being forced to walk a 35-mile death march from Poland to what is now the Czech Republic.

Against all odds, Klein survived. US troops, including Lt. Kurt Klein, the man who she would later marry, liberated her on May 7, 1945, on the eve of her 21st birthday. At the time, she weighed just 68 pounds and her hair had turned gray, the obituary says. She and Kurt married in Paris on June 18, 1946, and later settled in Buffalo, New York.

Klein wrote about her experiences during the war in her autobiography, "All But My Life," which was the basis for the Oscar and Emmy-winning HBO documentary, "One Survivor Remembers."

Throughout the years, Klein received numerous awards and accolades, including in 1997, when President Clinton appointed her to the US Holocaust Memorial Museum Council, and in 2010, when she received the Presidential Medal of Freedom, the nation's highest civilian award. She also addressed the United Nations General Assembly in January 2006 at its first observance of International Holocaust Remembrance Day, her son told CNN.

"Our family has always believed that Mom and Dad's greatest achievement is that they were able to emerge from the Holocaust and create for themselves and their children a completely normal life in the United States. That they and others who experienced such horror were able to do so, is to us nothing short of remarkable," Jim Klein said.