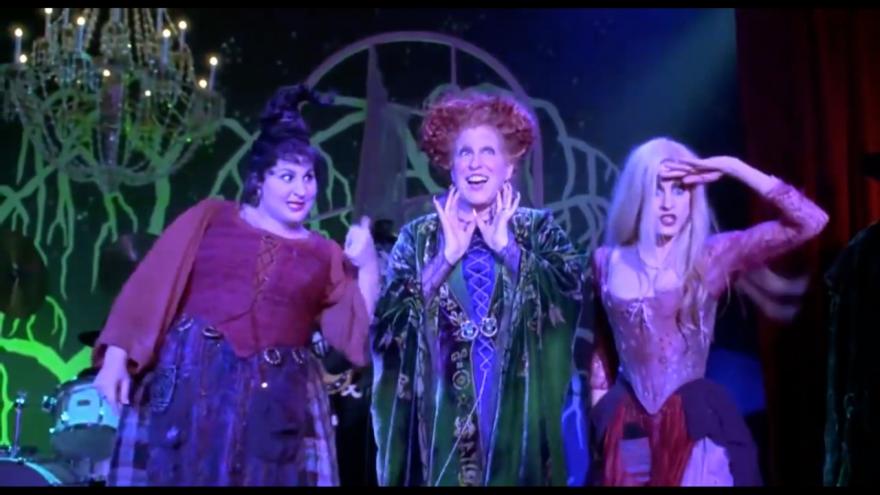 (CNN) -- Halloween may be over but "Hocus Pocus 2" is well underway.

In this new film, the three young women accidentally bring the Sanderson Sisters back to modern-day Salem and must figure out how to stop the child-hungry witches from wreaking a new kind of havoc on the world.

Anne Fletcher will direct, taking over from her friend Adam Shankman, who had been set to direct the sequel.

The spooky sequel will premiere exclusively on Disney+ next fall.