Historic Shakespeare theater burns to the ground in Connecticut 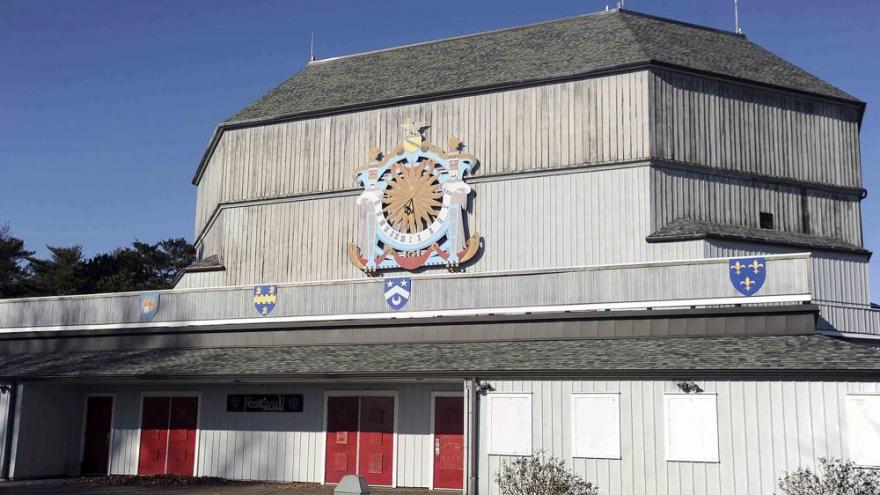 (CNN) -- It was a scene of "woe, destruction, ruin and decay" -- as William Shakespeare himself once wrote -- early Sunday in Stratford, Connecticut, where the town's historic American Shakespeare Theatre burned to the ground.

The theater had been closed since 1989 but efforts were underway to restore the local landmark.

Stratford Mayor Laura Hoydick issued a statement calling the "total loss" of the building devastating and saying the cause of the fire is under investigation. Hoydick added that the state fire marshal's office has deployed a canine unit to search the site for accelerants or other possible contributors to the blaze.

There are no reported injuries, according to Hoydick's spokesperson Mike Downes, and the building appeared to have been empty.

Susan Wright said she saw the whole thing happen from her home nearby.

"We started watching it at 1 a.m. and at 3 a.m. it was still burning," she told CNN. Wright said the huge theater was a beacon for the city and considers it "a very personal loss." Wright runs a summer Shakespeare theater program for college students that is based out of a building near the theater. Luckily, that building survived.

Wright said the theater was "quite a force" when it was open and credited it with a rebirth of dedicated Shakespeare theaters and troupes across the country. Katharine Hepburn, Ed Asner and James Earl Jones were among the actors who appeared in productions of Shakespeare's plays there.

The building on the Housatonic River had been around since the 1950s but closed in 1989 due to lack of funding. The city has owned it since 2005, Downes said.

This past November two state representatives introduced a bill requesting $1.5 million to renovate and reopen the theater. A press release by lawmakers Joe Gresko and Phil Young at the time cited "epic" performances by stars such as Hepburn, Hal Holbrook and Christopher Plummer as reasons to revive it. "Stratford and Shakespeare go hand-in-hand," the release read.

According to its website the coastal Connecticut town was likely named after Shakespeare's hometown of Stratford-upon-Avon in England.

"At its height, the Shakespeare Theater was a worldwide draw,' Young said in the release.