His father killed his mother and 3 brothers; now a 9-year-old boy has died of his wounds 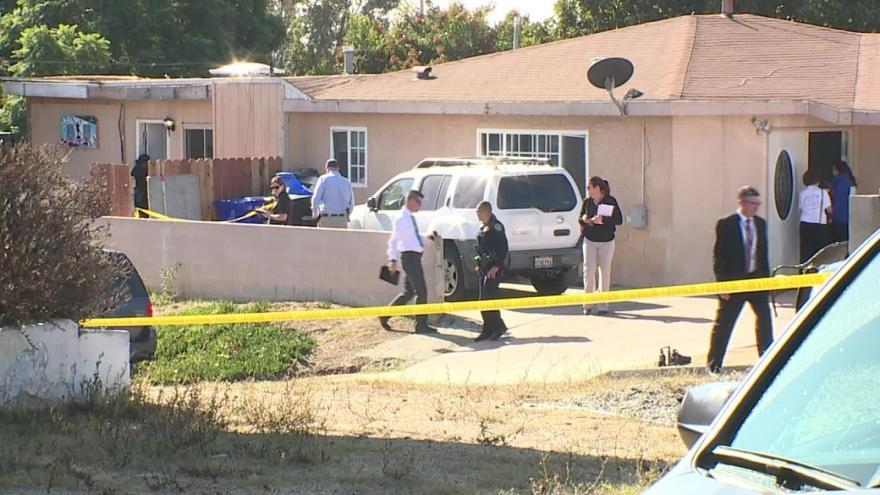 ** Embargo: San Diego, CA ** A 9-year-old boy who was critically injured when his father fatally shot everyone else in his family on November 16 died Saturday, according to the San Diego Union-Tribune.

(CNN) -- A 9-year-old boy who was critically injured when his father fatally shot everyone else in his family on November 16 died Saturday, according to the San Diego Union-Tribune.

Before his death, Ezekial Valdivia was the only person to survive the shooting that claimed the lives of his mother and three brothers, the paper reports. His father killed himself.

The boy's mother had taken out a restraining order against the father of her children days before the shooting, according to Lt. Matt Dobbs with San Diego's homicide unit.

"We believe the male came over... there was some kind of disagreement and he used a handgun and shot his family before turning the gun upon himself," Dobbs said on the day of the shooting.

The first call came in to police at 6:49 a.m., when a dispatcher heard arguing and someone being asked to leave, Dobbs said. As police headed to the scene, a relative next door called police and reported hearing arguing and what sounded like a nail gun.

Dobbs said the woman, 29, was found dead along with the father of her children, a 31-year-old man, and a 3-year-old boy. Three boys, ages 5, 9, and 11 were taken to the hospital but two of them died while the third underwent emergency surgery, Dobbs said.

"These are the toughest calls we can respond to," San Diego Police Chief David Nisleit said at the time.

He urged anyone living with domestic violence to reach out for resources available to victims.

"To those that might be experiencing family violence, domestic violence there's resources. You can call our non-emergency line, the Family Justice Center or if there's an emergency going on, we ask that you call 911," Nisleit said. "But, don't be afraid to call, that's the first step. We want to prevent types of family violence that we unfortunately saw today."