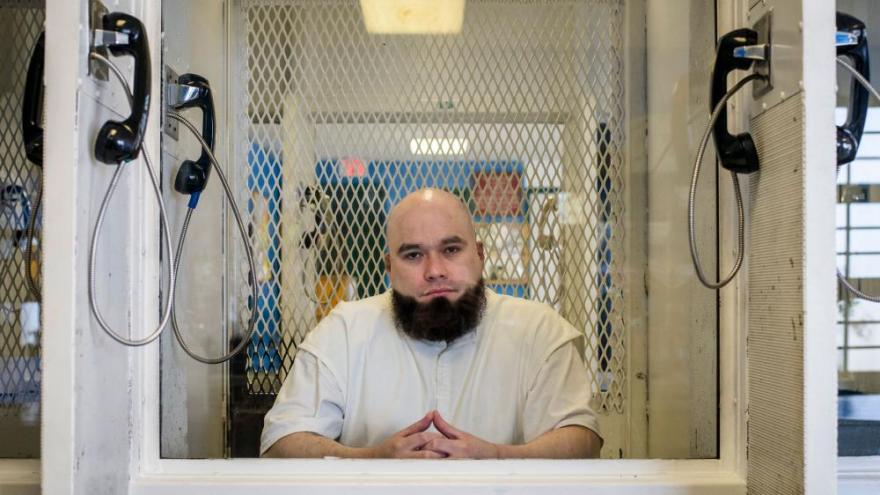 John Henry Ramirez was convicted of robbing and murdering Pablo Castro in 2004.

Ramirez was convicted of robbing and murdering Pablo Castro in 2004, stabbing him 29 times in a convenience store parking lot in Corpus Christi. He also robbed a second victim at knife point and fled to Mexico, evading arrest for 3 1/2 years, according to the Texas attorney general's office.

On April 12, an assistant district attorney signed Ramirez's execution date, which was scheduled for October 5, nearly a year after his original execution date, but two days later, Nueces County District Attorney Mark Gonzalez, who is a Democrat, filed a motion withdrawing Ramirez's death warrant and execution date saying, "the death penalty is unethical and should not be imposed on Mr. Ramirez or any other person."

The death penalty seemed such a certainty that Ramirez fought in court to have his spiritual adviser pray aloud and "lay hands" on him during his execution -- and he won in a legal battle at the Supreme Court last month.

Gonzalez's office requested the execution date, but in his motion said the assistant district attorney had done so without understanding his "desire in this matter" and didn't consult with him prior.

Gonzalez's second term ends in 2024 and anyone who takes his place would have the ability to reinstate the death warrant.

CNN has reached out to Gonzalez and his office for comment.

"I admit that there are some very bad and evil people out there," Gonzalez said in a Facebook Live video last Thursday. "But I don't feel that the government should have that power to put people to death."

Seth Kretzer, Ramirez's attorney, said he was happy and surprised to hear about Gonzalez's change of position.

"This informs my belief that the litigation of Mr. Ramirez's religious liberties case has touched some small part of America's soul," Kretzer told CNN in a statement.

Castro's son Fernando, however, told CNN his "blood is boiling" over Gonzalez's decision. He was 11 when his father was killed.

"There's a little boy still dwelling in this body. Crying. Hurting. Missing his father," Fernando said. "Missing the childhood that was stolen from him. I deal with this every day. It's never-ending. Every time I think it's coming to an end there's yet something else preventing this chapter from closing."

Ramirez's original execution date was set for September 2021, but he asked the Supreme Court to consider his request to have his pastor pray audibly and touch him during his anticipated execution. Current Texas policy allows a pastor in the chamber, but they can't speak up or physically touch the inmate.

Kretzer argued last year that Texas' policy violates the inmate's rights under the federal Religious Land Use and Institutionalized Persons Act of 2000. Ultimately, the Supreme Court ruled in Ramirez's favor, setting precedent for similar requests in prisons across the country.

CORRECTION: An earlier version of this story misstated the attorney's position who withdrew the death warrant. He's a district attorney.