Hillary Clinton says 'many, many, many people' pressuring her to consider 2020 presidential run 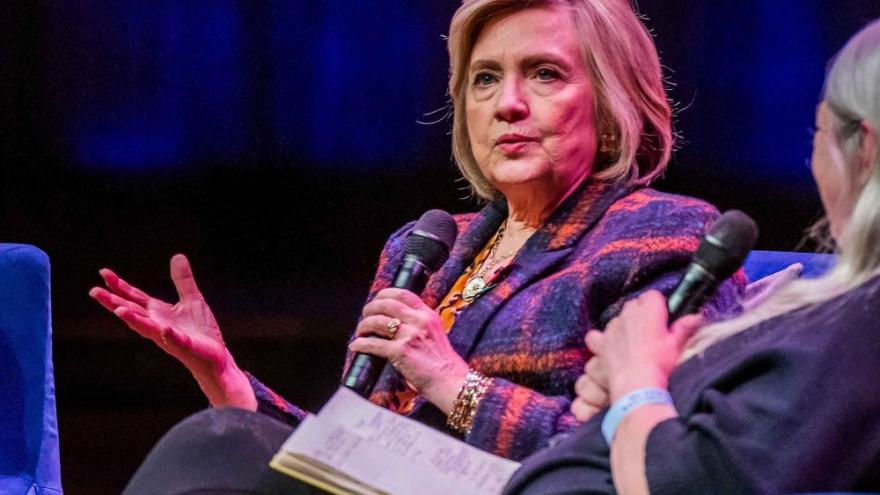 Former Secretary of State Hillary Clinton on Tuesday said "many, many, many people" were pressuring her to consider a 2020 presidential bid, but held that it is "absolutely not in my plans."

(CNN) -- Former Secretary of State Hillary Clinton on Tuesday said "many, many, many people" were pressuring her to consider a 2020 presidential bid, but held that it is "absolutely not in my plans."

"I, as I say, never, never, never say never and I will certainly tell you I'm under enormous pressure from many, many, many people to think about it," Clinton told BBC Radio. "But as of this moment, sitting here in this studio talking to you, that is absolutely not in my plans."

CNN previously reported that Clinton, the 2016 Democratic nominee, has been taking calls from other members of her party asking her to enter the 2020 race, but it remains unlikely she would do so.

Clinton said in March that she would not run for president again in 2020, but her reentry into the public sphere with taunts aimed at President Donald Trump in recent weeks has stoked speculation she could be considering a rematch with the President.

After Trump tweeted last month that Clinton should enter the race to "steal it away from Uber Left Elizabeth Warren," Clinton shot back in a tweet: "Don't tempt me. Do your job."

While Clinton is carefully following the daily developments in the ongoing impeachment inquiry -- and is having fun at her former rival's expense -- that doesn't mean she is seriously weighing another run for president, according to several of her friends and advisers.

One longtime loyal supporter previously told CNN that Clinton's jabs at Trump have created a fear among those close to her that she could ultimately consider a rematch, which many people believe would end badly for her.

"A lot of people are talking to her, which isn't helpful," another person close to Clinton told CNN. "They get into her head because she so dislikes Donald Trump that she can't see straight."

However, a longtime confidante stated more bluntly: "She is NOT running."

Clinton said Tuesday she thinks "all the time about what kind of president I would've been and what I would've done differently and what I think it would've meant to our country and the world."

The next president, Clinton added, is "going to have a big task trying to fix everything that's been broken."