Hillary Clinton doesn't have to testify in lawsuit over her emails, appeals court rules 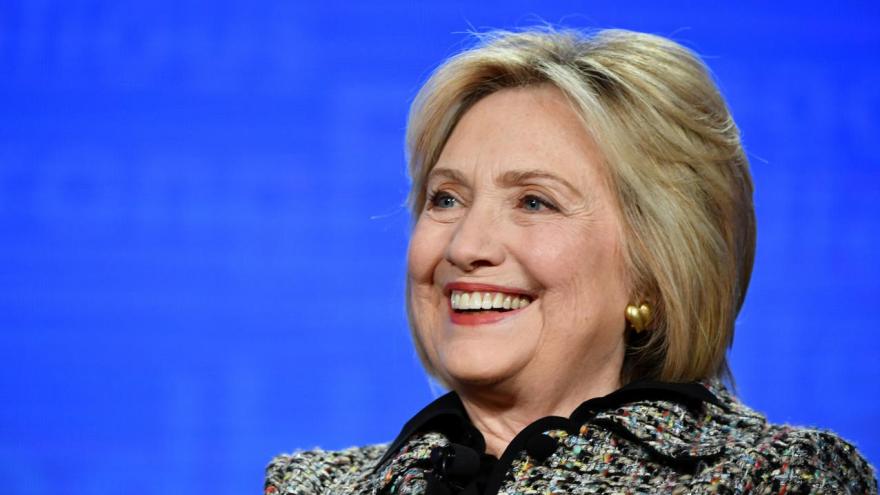 Hillary Clinton doesn't have to testify in a lawsuit over her emails, a federal appeals court ruled Friday. This image shows Clinton speaking during the Hulu segment of the 2020 Winter TCA Press Tour on January 17, 2020 in Pasadena, California.

(CNN) -- Former Secretary of State Hillary Clinton cannot be compelled to appear for a deposition in a lawsuit about State Department emails, a federal appeals court ruled Friday.

Right-leaning group Judicial Watch has sought to question Clinton in the years-long pursuit of Clinton's emails about State Department business on a private server.

A federal judge earlier this year said Clinton must appear for a deposition, but the US Court of Appeals for the District of Columbia Circuit reversed that decision Friday.

Clinton's emails were already investigated by Congress, the State Department inspector general and the FBI, and she previously gave written answers in another lawsuit, the appeals court noted.

"The District Court has impermissibly ballooned the scope of its inquiry into allegations of bad faith to encompass a continued probe of Secretary Clinton's state of mind surrounding actions taken years before the at-issue searches were conducted by the State Department," the appeals court wrote in an opinion issued Friday. "Secretary Clinton has already answered interrogatories from Judicial Watch on these very questions ... explaining the sole reason she used the private account was for 'convenience.'"

The court added: "But more importantly, even if a deposition of Secretary Clinton were to somehow shake some novel explanation loose after all these years, this new information simply would have no effect on the rights of the parties in this FOIA case, making it 'an inappropriate avenue for additional discovery.'"

"We're disappointed by the decision and considering our options," Tom Fitton, the president of Judicial Watch, said in a statement Friday.

News broke in March 2015 that Clinton used personal email addresses connected to a privately owned server, rather than a government email, during her four years as President Barack Obama's first-term secretary of state. The email controversy became an issue that hounded Clinton's 2016 presidential campaign.

Last year, the State Department released details of an investigation saying that there was no "persuasive evidence" of widespread mishandling of classified information in the controversy surrounding Clinton's use of a private email server.