Hillary Clinton can be deposed about her emails, judge rules 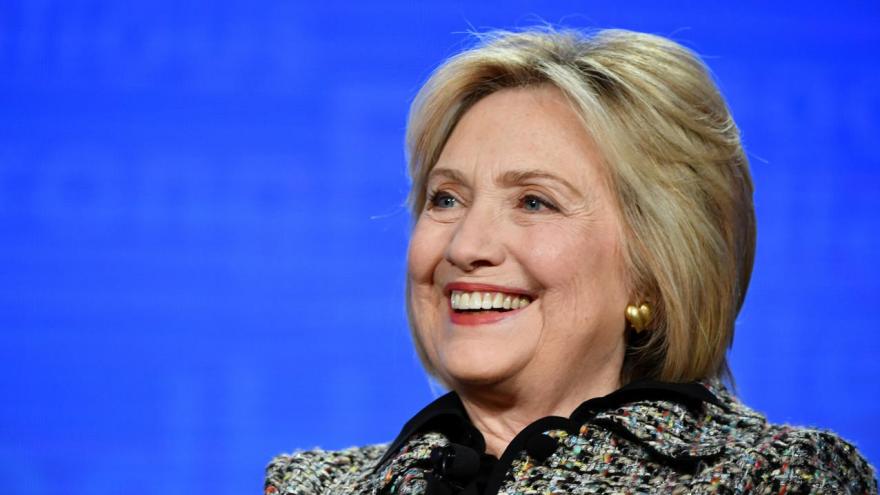 Former Secretary of State Hillary Clinton, pictured here on January 17, 2020 in Pasadena, California, can be deposed for a lawsuit about the State Department's recordkeeping of her emails, a federal judge said.

(CNN) -- Former Secretary of State Hillary Clinton can be deposed for a lawsuit about the State Department's recordkeeping of her emails, a federal judge said Monday.

"Any further discovery should focus on whether she used a private server to evade [the Freedom of Information Act] and, as a corollary to that, what she understood about State's records management obligations," Lamberth wrote in his order.

Judicial Watch can also subpoena Google for records related to Clinton's email while she was secretary of state, according to the judge's order.

"The Court is not confident that State currently possesses every Clinton email recovered by the FBI; even years after the FBI investigation, the slow trickle of new emails has yet to be explained," Lamberth wrote. "For this reason, the Court believes the subpoena [to Google] would be worthwhile and may even uncover additional previously undisclosed emails."

Clinton's emails were already investigated by Congress, the State Department inspector general and the FBI, and she previously gave written answers in another lawsuit.

But Lamberth suggested on Monday a series of questions that he believes remain unanswered. He raised the possibility that the State Department acted in bad faith when it told Judicial Watch no records existed previously, before producing late last year 30 Clinton emails that were previously undisclosed.

"How did she arrive at her belief that her private server emails would be preserved by normal State Department processes for email retention?" Lamberth wrote.

"Did she realize State was giving 'no records' responses to FOIA requests for her emails? If so, did she suspect that she had any obligation to disclose the existence of her private server to those at State handling the FOIA requests? When did she first learn that State's records management employees were unaware of the existence of her private server? And why did she think that using a private server to conduct State Department business was permissible under the law in the first place?"

"Judicial Watch uncovered the Clinton email scandal and we're pleased that the court authorized us to depose Mrs. Clinton directly on her email conduct and how it impacted the people's 'right to know' under FOIA," Judicial Watch President Tom Fitton said in a statement Monday.

Clinton's attorney didn't immediately respond to a request for comment.

Lamberth put a 75-day timeline on the collection of depositions and evidence.