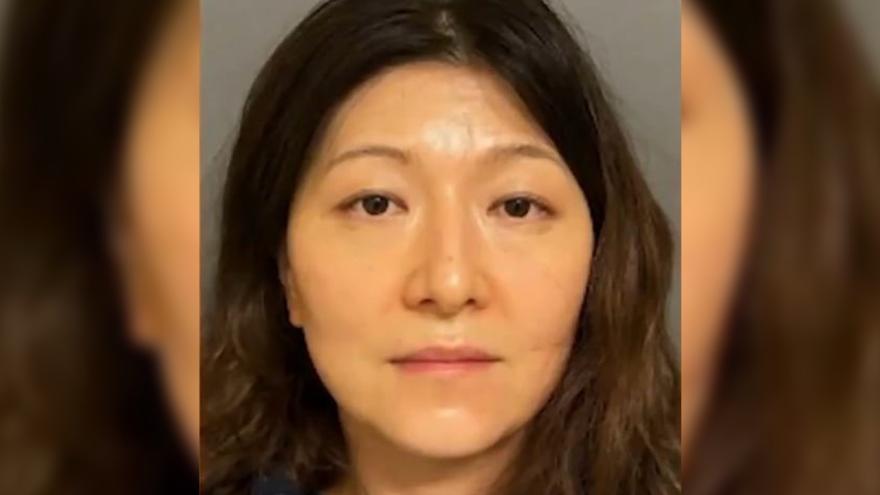 Yue "Emily" Yu, 45, was arrested last week for allegedly poisoning her husband after he provided video evidence to authorities.

Now that evidence has been made public through a restraining order he filed against her.

The order alleges that Yu maintained a verbally and physically abusive relationship toward her husband and their two children.

The court granted a temporary restraining order and set a hearing for the permanent order on Aug. 18.

The husband, a radiologist, also filed for divorce on the same day he requested the restraining order.

"Both children have suffered physical, verbal and emotional abuse" the documents allege.

Other excerpts from the documents:

"Emily often uses sleep deprivation to punish (the children). When the kids fall asleep without her permission, even if after 11:00 p.m., she would wake them up, demand that (they) go to her room, shut the door and make them cry." "After the children were born I became concerned about Emily's behavior. Not only was she very demanding of me that I give her massages - one time when I could not because I was sick she stepped on my head until I did - and also began hiding money from me." "When Emily gets frustrated and yells at the children she'll commonly use a Chinese phrase that translates to "go die!" She also says to the children "your head has a problem" "your head is sick" "go (expletive) yourself" "(expletive) idiot" "stupid (expletive) " and "get the (expletive) out of my way." The poisoning apparently began in March, the husband said. He started noticing a chemical taste in his lemonade, which he drinks hot. A doctor diagnosed him with two stomach ulcers, gastritis and esophagitis.

Suspicious of his wife, he installed cameras in their kitchen.

The images submitted to court appear to show Yu taking a bottle of drain cleaner, believed to be Drano, from under the sink and pouring it into a cup. In at least one image, she is seen putting the cup on a table near her husband.

After he reported the incident to Irvine police, Yu was arrested.

Her husband says she called him to post bail, but he refused.