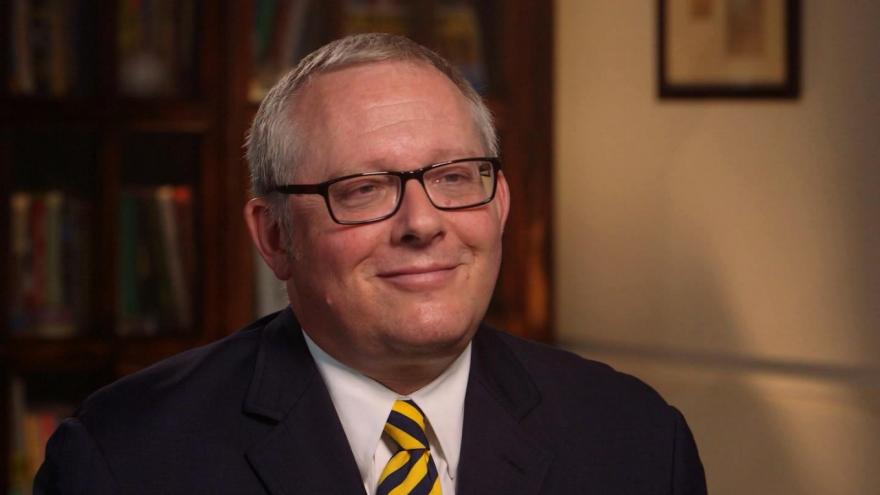 (CNN) -- Michael Caputo, the top spokesman at the Department of Health and Human Services, is taking a two-month leave of absence from his post, the department announced Wednesday, a day after he apologized for a conspiracy theory-laden rant he made against career government scientists in which he accused them of "sedition" and working to undermine President Donald Trump.

"Today, the Department of Health and Human Services is announcing that HHS Assistant Secretary for Public Affairs Michael Caputo has decided to take a leave of absence to focus on his health and the well-being of his family. Mr. Caputo will be on leave for the next 60 days," HHS said in a statement.

The temporary departure comes as concerns grow at the US Centers for Disease Control and Prevention over perceived attempts, and specifically Caputo's role, in politicizing the critical health agency amid the coronavirus pandemic.

In a statement, Caputo said he was going to undergo "necessary screenings for a lymphatic issue discovered last week."

Caputo apologized on Tuesday to HHS staff for comments he made Sunday during an extended rant on a Facebook Live video in which he mentioned a series of conspiracy theories, including that there is a "resistance unit" against Trump inside the CDC and that former Vice President Joe Biden will refuse to concede the election should Trump win, leading to political violence.

In video obtained and edited for length by Yahoo News, Caputo, a fierce defender of Trump who was installed at the department earlier this year by the President, can be heard going on a diatribe against staff at the CDC.

"These people cannot, cannot allow America to get better. Nor can they allow America to hear good news. It must be all bad news from now until the election. Frankly, ladies and gentlemen, that's sedition," Caputo said during the rant, which was broadcast live from his personal Facebook page on Sunday.

"They are sacrificing lives in order to defeat Donald Trump. Ladies and gentlemen, that's sedition. It's also ... you know, call it what you want, but when they let somebody get sick and die, there's one word for that," he said.

Caputo also said that "partisan Democrats, the conjugal media, and the scientists, the deep state scientists want America sick through November. They cannot afford for us to have any good news before November because they are already losing."

A source familiar with the matter said Caputo portrayed himself as a victim in his apology on Tuesday, but apologized for putting HHS Secretary Alex Azar in a bad light.

In his statement on Wednesday, Caputo praised the members of the White House coronavirus task force and affirmed a shared mission of working to defeat the coronavirus. He notably singled out Dr. Anthony Fauci, the director of the National Institute of Allergy and Infectious Diseases, whose warnings have often been dismissed or downplayed by the Trump administration.

"I've learned so much in friendship with the doctors of the President's Coronavirus Task Force. Sometimes we disagree, but we work in unity to defeat the virus and we care for one another," Caputo said. "I want to thank Dr. Tony Fauci for conferring with my personal physician as we get the health care I long needed, and yet neglected, through the pandemic."

Soon after Caputo was appointed assistant secretary of public affairs at HHS, leaders at the CDC began to perceive attempts at political meddling in scientific guidance and reports, two sources at the agency told CNN.

One of the federal health officials cited several examples of political interference by HHS officials in the past four months, including CDC's testing recommendations and multiple instances in which guidance on the CDC website was altered without warning. The official pointed to an instance in July when "an introductory commentary" was posted on the CDC's official public health guidance for safely reopening schools.

Beginning in May, CDC officials were asked to send "courtesy copies" of the Morbidity and Mortality Weekly Reports, long-standing scientific reports from the CDC known as MMWRs, the two officials said.

The MMWR reports are viewed as a gold standard of the CDC's premier public health work. Prior to Caputo taking over, no one outside the CDC -- not even those at HHS, which oversees the CDC -- reviewed MMWRs before they were published, the officials said.

Caputo did not respond to CNN's request for comment about the matter on Wednesday.

The first official told CNN that Caputo tasked his adviser Paul Alexander with relaying the Trump administration's suggestions to the CDC, but leaders at the CDC questioned whether Alexander or Caputo "truly understood the science" in the reports.

The two officials assured CNN that ultimately, the science in the "sacred" MMWRs released by the CDC was not compromised, after attempts by Alexander to "weigh in and suggest recommendations."

Caputo defended Alexander in a statement to CNN on Saturday, saying his aide "is an Oxford educated epidemiologist and a methodologist specializing in analyzing the work of other scientists." He added that Alexander's "advice is heard and taken or rejected by his peers."

HHS said in its statement announcing Caputo's leave of absence that Alexander will be leaving his post at the department.