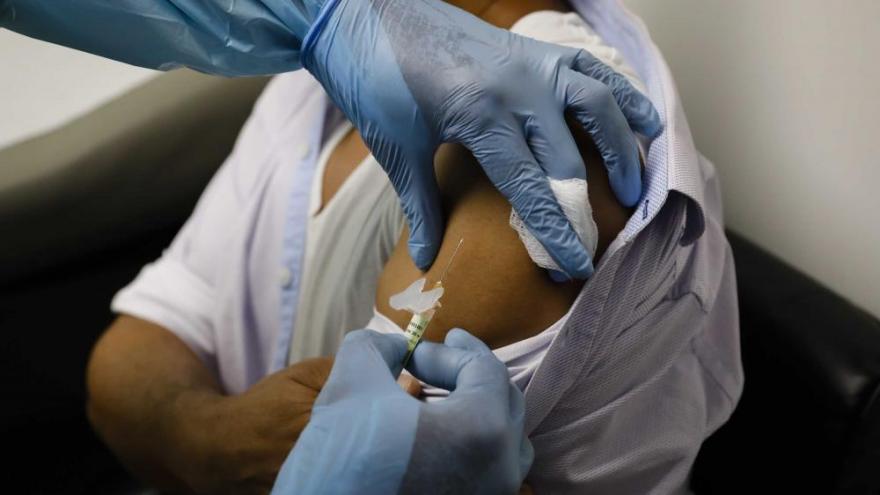 (CNN) -- The Department of Health and Human Services on Friday launched a national ad campaign promoting awareness about the forthcoming coronavirus vaccines with a modest $150,000 ad buy on YouTube.

The ads, which will stream across the video platform, include clips from a six-minute-and-30-second public service announcement video featuring Dr. Anthony Fauci, Food and Drug Administration Commissioner Stephen Hahn and Chief Scientific Adviser to Operation Warp Speed Dr. Moncef Slaoui explaining how vaccines are approved, how they've beaten diseases like smallpox and polio in the past, and how this vaccine can help the US beat the coronavirus pandemic. The ads will link to the full video with Fauci and the other health officials.

HHS plans to spend $250 million on a national education campaign to promote the vaccine in the coming weeks. The ads, which will begin as early as next week, will be featured on digital and social media platforms. The goal of the campaign is to help "prepare the nation for the vaccine when it is available for public distribution through the states," according to an administration official.

The planning for an educational awareness ad campaign began over the summer, but it became controversial when the federal government's plans to spend $15 million on a celebrity-fueled ad campaign intended to "defeat despair" around coronavirus went public. Democrats lambasted the idea as an effort to promote President Donald Trump ahead of the election.

HHS Secretary Alex Azar told Congress that he had ordered "a strategic review of the public health education campaign" in response to questions about the original plans to have a more influencer-focused strategy during a congressional hearing on October 2. The review was completed by the department on November 13.

The department has now shifted its ad strategy to a more "science-based" approach and is working on a "new creative" strategy for "vaccine acceptance based on focus group, public surveys and secondary research," an administration official said.

Health care officials had expressed concerns that there was no national education or advertising campaign in effect to help promote the vaccines safely, offer information and temper expectations about when people can expect to get a vaccine.

"For this administration, the vaccine has been the silver bullet. But they aren't explaining to people that they need to be patient," one health care official in touch with Operation Warp Speed said. "What happens when mobs of people show up on December 15, demanding the vaccine? That's why we need an education component."

Much of the Trump administration's coronavirus strategy has been focused on developing and distributing a coronavirus vaccine quickly. The administration has been reluctant to implement other public health measures that have been advised, like a national mask mandate and increased shutdown measures, to combat rising numbers of Covid-19 cases in states across the country.

But as deadlines for the FDA to issue emergency use authorizations for the Pfizer and Moderna vaccines are quickly approaching, the administration's strategy on educating the public about the vaccines has fallen behind.

A vaccine is an effective public health strategy. It has nearly eliminated diseases like smallpox and polio, and it has decreased the number of cases of other severe disease worldwide. But the key to using a vaccine to combat a highly contagious disease like the coronavirus is that everyone must take it in order for a large population to develop immunity to it.