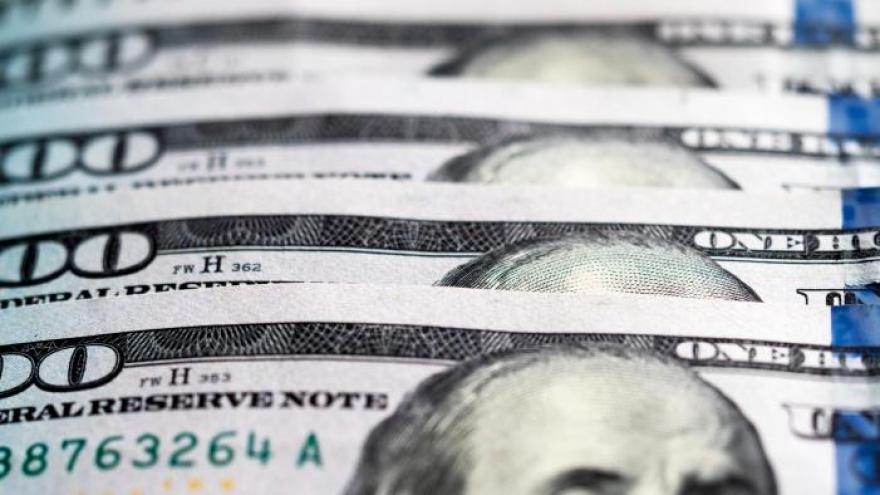 (CNN) -- Most households won't see a tax increase in 2022 if the Democrats' $1.9 trillion spending plan is passed, according to a recent analysis from the nonpartisan Tax Policy Center.

The Democrats' proposal is still in flux. But under the latest version, most middle-income families with children would get a tax cut in 2022 -- thanks to an expanded child tax credit -- and those without kids would generally see little change in their tax bills, said Howard Gleckman, a senior fellow at the Tax Policy Center.

But the analysis also shows that some very high-income households would see a tax cut, too, flying in the face of the Democrats' pledge to make wealthy Americans pay more in taxes.

That's largely due to a provision recently added to the Democrats' tax plan that would lift the cap on state and local tax deductions, known as SALT. It's critical to some Democrats in high-tax states in the Northeast and West Coast that this change gets in the final bill -- but it also could cause major messaging problems for the party as they try to push their agenda through Congress with razor-thin majorities in both the House and Senate.

Overall, nearly 40% of households would see a tax cut and nearly 19% would pay more in 2022 than they do now, the analysis also shows.

The Democrats' goal is to raise taxes on the wealthy and corporations in order to pay for the massive spending plan that aims to revamp the nation's social safety net by, among other things, creating universal pre-K, making child care more affordable and boosting Pell grants for low-income college students.

Lawmakers are still negotiating the details of their sweeping agenda. The legislation must first get approval in the House before it moves to the Senate, where Democrats are planning to use a procedure called reconciliation so that they can approve the bill without any Republican votes. Still, Democrats can't afford to lose a single vote in the process.

President Joe Biden has repeatedly promised that the plan would not raise taxes by "one cent" for families earning less than $400,000 a year.

Looking at direct taxes only -- the individual income tax and the payroll tax, which affect a taxpayer's federal tax rate -- every income group except those in the top 1% would see an average tax cut, the analysis shows. Fewer than 0.1% of those making $500,000 or less would pay more in taxes than under current law. The report does not look specifically at the $400,000 threshold.

The tax cuts are largely due to the expanded child tax credit included in the spending plan. Democrats want to keep the temporary changes Congress made to the child tax credit during the coronavirus pandemic. Through the enhanced payments, eligible families receive $3,600 for each child under age 6 and up to $3,000 for each one ages 6 through 17 for 2021 -- up from $2,000 per child up to age 17.

But there are other changes in the plan that could affect Americans' after-tax income indirectly. Many economists assume, for example, an increase in the corporate tax rate will result in lower wages for workers.

When accounting for all tax changes included in the plan, the Tax Policy Center found that roughly 20% to 30% of middle-income households would pay more in taxes in 2022. The increase would be small, compared with the tax hike on very wealthy Americans -- averaging an additional $100 or less.

But not all provisions in the plan would be in effect at the same time. The expanded child tax credit, for example, would only be extended through 2022 and a corporate minimum tax on book income won't take effect until 2023. That means more households will have to pay more in taxes in 2023 than in 2022.

When looking at direct taxes only, most households will still not see an increase in 2023. But when accounting for the indirect impact of the corporate tax changes, more than 70% of taxpayers would see a hike.

Taxes on the wealthy

Democrats have long wanted to revamp the tax system so that the wealthy pay a higher tax rate than they do now -- or what Biden refers to as their "fair share."

The Tax Policy Center analysis shows that some very high-income households would see a significant tax hike under the Democrats' plan.

The bill would also close the loopholes that allow some affluent taxpayers to avoid paying the 3.8% net investment income tax on their earnings. And it would continue the limitation on excess business losses.

But while 22% of taxpayers earning more than $1 million a year would see a tax increase in 2022, more than two-thirds of them would get a tax cut due to the proposed change to the SALT cap.

The current $10,000 cap was put in place by the Republican-backed Tax Cuts and Jobs Act in 2017. Under the latest Democratic-backed plan, deductions would be capped at $80,000 per year over a nine-year time span.

A separate analysis from the congressional Joint Committee on Taxation released Tuesday also indicated that high earners would benefit, showing that 68% of those earning at least $1 million would see a tax cut greater than $500 while between 20% and 30% of middle-income earners would see as big of a cut.