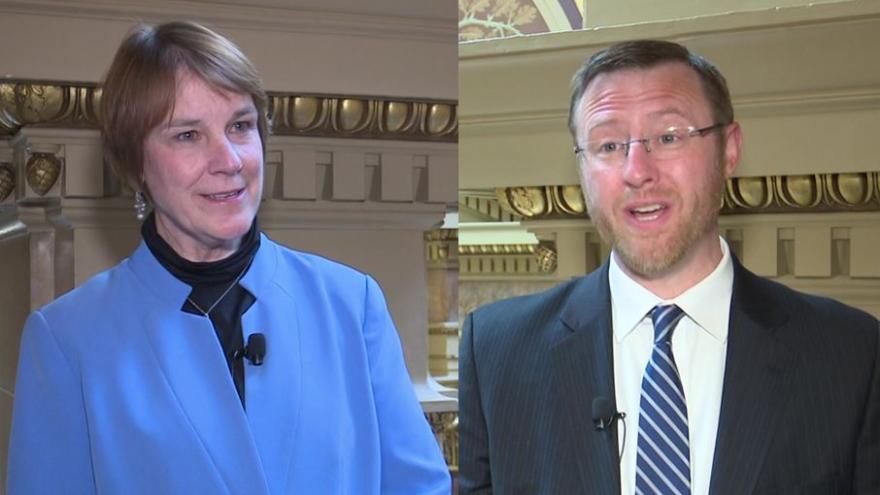 MADISON, Wis. (AP) — The Wisconsin Supreme Court race to be decided Tuesday won't have an immediate impact on majority control of the state's highest court, but it could put liberals in position to take control in 2020 by a court that has long been marked by partisan leanings. Lisa Neubauer, who is backed by liberals, faces fellow appeals court judge Brian Hagedorn, the favorite of conservatives.

A look at key factors in the race:

Nearly every judge who has endorsed a candidate in the race — more than 340 — backs Neubauer. She also has support from more than two dozen current or former police chiefs and county sheriffs and more than 50 district attorneys. Liberal outside groups that spent money on her campaign include the National Democratic Redistricting Committee, which is run by former Democratic U.S. Attorney General Eric Holder, the Service Employees International Union and Planned Parenthood of Wisconsin.

Hagedorn was endorsed by the National Rifle Association and Wisconsin Right to Life. Two current, and three former, Wisconsin Supreme Court justices all back Hagedorn. He also won backing from more than 40 current or former sheriffs. The conservative group that's part of the Koch network, Americans for Prosperity, spent money to help Hagedorn and an arm of the Republican State Leadership Committee said a week before the election it was spending $1 million for Hagedorn.

ISSUES IN THE RACE

Neubauer pitched herself as fair, impartial and independent. Hagedorn said she isn't being honest about her judicial philosophy and has been lying about his record. Hagedorn said he interprets the constitution and laws based on their original meaning and holds conservative U.S. Supreme Court Justices Clarence Thomas and Neil Gorsuch as role models.

Hagedorn is an evangelical Christian who said his personal views don't affect his work as a judge. Hagedorn wrote a blog in 2005 and 2006 while in law school where he called Planned Parenthood a "wicked organization" and denounced court rulings favoring gay rights by likening homosexuality to bestiality.

In 2016, he founded a private Christian elementary school that bars homosexual teachers and allows for the expulsion of gay students.

Hagedorn was also paid $3,000 to give speeches at meetings of the Alliance Defending Freedom, a group that supported criminalizing sodomy and sterilizing transgender people and has been deemed a hate group by the Southern Poverty Law Center.

Neubauer denied lying about Hagedorn, saying she was talking about his past blog writings and actions to inform voters about his beliefs.

Neubauer defended attending a 2017 People's Climate March in Madison with her daughter, Greta, who is now a Democratic state representative from Racine. The march was promoted as opposition to President Donald Trump's industry-friendly environmental agenda, but Neubauer said "I did not view it as a partisan activity in any way. It was about climate change."

WHY DOES IT MATTER?

Polls are open statewide from 7 a.m. to 8 p.m. Turnout is generally around 20 percent for past Supreme Court elections that don't fall on the same year as presidential primaries.