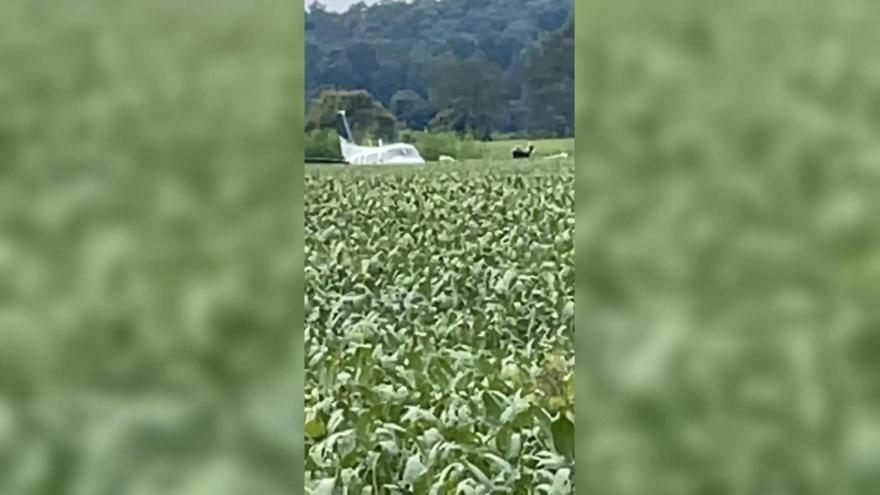 The Mississippi man accused of stealing a twin-engine plane on the morning of September 3 and threatening to crash it into a Walmart will make his first court appearance on September 6.

(CNN) -- The Mississippi man accused of stealing a twin-engine plane Saturday morning and threatening to crash it into a Walmart was denied bond Sunday, his attorney told CNN.

Cory Wayne Patterson -- who is not a licensed pilot -- faces charges of grand larceny and making terroristic threats, according to Tupelo Police Chief John Quaka. Patterson has pleaded not guilty.

His alleged actions over the weekend caused chaos in the northern Mississippi city, with authorities evacuating surrounding areas and closing down Tupelo's major streets. One woman even told CNN she hid in her father-in-law's basement.

So what led to all of the Saturday mayhem? Here's everything we know thus far:

At around 5:23 a.m., Patterson called Lee County 911 from the aircraft and said he was going to crash the plane into the West Main Walmart in Tupelo, Quaka said. Soon thereafter, the store and surrounding areas were evacuated. Numerous major streets in Tupelo were shut down as well, according to the chief.

The Tupelo Walmart store was "closed and evacuated," Charles Crowson, director of the Walmart Press Office, told CNN earlier, while the plane was airborne.

Quaka said negotiators from Tupelo Police contacted Patterson and convinced him to land the plane at Tupelo airport. A private pilot assisted police in helping Patterson, but upon final approach he aborted the landing and traveled northwest, Quaka said. Several counties were notified of what was going on, Quaka said.

More than four hours later, Patterson made a Facebook post. "In essence, it said goodbye. At this point, we knew he was getting close to running out of fuel," Quaka said.

After police lost and then re-established radar contact with the plane, Patterson confirmed he had landed in a field, according to the chief.

"Mr. Patterson is a good young man with no criminal history. We have begun our own investigation into this matter and we believe that Mr. Patterson has been laboring under some serious psychological distress that lead to these events. We look forward to defending him in this matter and proceeding appropriately," Farese said in an emailed statement.

At the time of the hearing, a public defender temporarily represented Patterson and entered a not guilty plea, according to Farese.

It is not believed that Patterson is a licensed pilot, according to Quaka, but authorities do know he has some flight instruction.

Patterson, of Shannon, Mississippi, has been an employee with Tupelo Aviation for the past 10 years, the chief said. As a lineman, Quaka said, Patterson is responsible for fueling aircraft. The chief said the plane was fully fueled the night before.

Quaka said he anticipated the federal government will proceed with federal charges against Patterson.

The Federal Aviation Administration said it is investigating the incident. The FBI field office in Jackson, Mississippi, also was involved in the incident response, a spokesperson said.