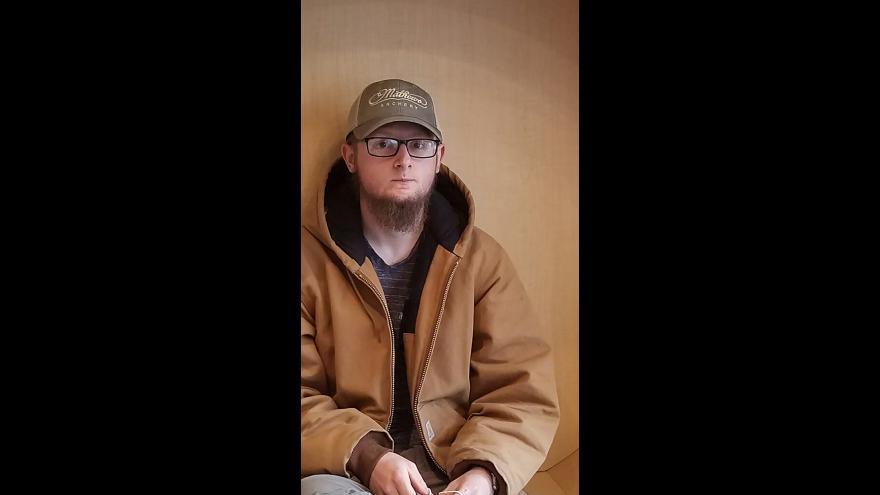 Robert Aaron Long has been arrested in connection with the shooting in Acworth, Georgia, that left four dead Tuesday.

(CNN) -- At least eight people were killed March 16 after shootings at three spas in the Atlanta area.

Police say video evidence led them to believe one suspect, Robert Aaron Long, was responsible for all three shootings. He was arrested on the night of March 16, about 150 miles south of Atlanta.

Here's what we know so far:

Where did the shootings take place?

That shooting left four dead -- two were pronounced dead at the scene, and two others died at the hospital. One person was also wounded, Cherokee County Sheriff's Office said.

Authorities had responded to the scene for reports of a shooting.

One person was also found dead at the Aroma Therapy Spa, directly across the street.

The two Atlanta spas are on a stretch of Piedmont Road, just off Interstate 85. About a dozen other spas are located within a mile of Gold Massage and Aroma Therapy.

What's known about the victims?

Of those who died, six were Asian and two were White, Cherokee County sheriff's officials said in a joint news conference with Atlanta police on March 17.

The four killed in the shooting near Woodstock were Delaina Ashley Yaun, 33, of Acworth; Paul Andre Michels, 54, of Atlanta; Xiaojie Tan, 49, of Kennesaw; and Daoyou Feng, 44.

Of those four, three died of gunshot wounds to the head, and one died of a gunshot wound to the chest, the medical examiner's office said.

Four of those killed were of Korean ethnicity, according to South Korea's foreign ministry, which said it was in contact with its consulate in Atlanta.

What led to Long's arrest?

The Cherokee County Sheriff's Office identified Long, 21, of Woodstock, as a suspect.

Before identifying him, Cherokee County investigators found surveillance video of a suspect near the first scene and published it on social media.

Investigators tracked Long's phone, and Reynolds reached out to authorities in Crisp County, well to the south, to let them know he appeared to be heading in that direction, Reynolds said.

Long's vehicle was spotted, a chase ensued on Interstate 75 in Crisp County, and a state trooper performed a maneuver that sent the SUV out of control, authorities said.

Video evidence -- including that showing Long's vehicle in the area of the Atlanta shootings -- suggests that Long is responsible for the killings in Atlanta, police there said.

What have officials said about Long's intentions?

Authorities have said the motive is under investigation.

Long told police he believed he has a sex addiction and that he saw the spas as "a temptation ... that he wanted to eliminate," Cherokee County Sheriff's Capt. Jay Baker said March 17.

But Atlanta Police Chief Rodney Bryant said it was too early to know a motive.

Some public officials have raised concerns that ethnicity had come into play, amid rising concerns nationwide about anti-Asian violence during the coronavirus pandemic.

Reports of anti-Asian hate crimes more than doubled during the pandemic, according to the Center for the Study of Hate and Extremism at California State University, Bernardino. The crimes surged amid racist rhetoric during the pandemic; many Asian Americans have been subjected to vitriol about the "China virus" or the "kung flu" -- even those who have never been to Asia.

Acknowledging most of the spa shooting victims were Asian, Atlanta Mayor Keisha Lance Bottoms said March 17, "We know (violence against Asian Americans) is an issue that's happening around the country; it is unacceptable, it is hateful, and it has to stop."

The Atlanta spas were "legally operating businesses" that were not on the authorities' radar, Bottoms said.

Long previously had frequented the two Atlanta spas, and he bought the gun used in the shooting the day of the incident, Atlanta Deputy Police Chief Charles Hampton Jr. said March 18.

Where was Long headed before he was arrested?

Before he was stopped, Long was headed to Florida "perhaps to carry out additional shootings," Bottoms, the Atlanta mayor, said March 17, citing investigators.

"It's very likely there would have been more victims," Bottoms said.

Long told investigators he was headed to Florida and was "going to do more acts" there, Cherokee County Sheriff's Capt. Jay Baker said March 17.

What have Long's relatives or acquaintances said about him?

The roommate, who spoke on condition of anonymity, said he lived with Long for several months in summer 2020 at a transition house for people exiting rehab. He declined to identify the transition house or say which state it was in.

Long didn't talk about his addiction, the roommate said, but had seemed to be doing better by the time he left the transition house. The roommate said he hadn't been in contact with Long "in a long time."

Long seemed to have "self-hatred," the roommate said.

But overall, he said, Long seemed kind and often cooked food for his friends. The roommate also said he "never heard him say anything racial."

"It just doesn't make sense to me," the roommate said of the shooting.

Tyler Bayless said he shared a housing unit with Long at Maverick Recovery, a rehab facility in Roswell, Georgia, between August 2019 and February 2020.

"It was something that absolutely would torture him," Bayless said. He said Long was a "deeply religious person -- he would often go on tangents about his interpretation of the Bible" and was distraught about his addiction to sex.

Bayless said that on multiple occasions during his stay at the facility, Long told him that he had "relapsed" and "gone to massage parlors explicitly to engage in sex acts."

Long "may have frequented some of these places in the past," Reynolds said, referring to the shooting sites. It's not clear whether any of the three businesses offered sexual services in addition to massages. But authorities have given no indication any of the sites was operating illegally.

"We are not about to get into victim-blaming, victim-shaming here," Bottoms said. "We don't know additional information about what (Long's) motives were, but we certainly will not begin to blame victims."

CNN went to the home of Long's grandparents in Morristown, Tennessee, on March 17. "All I want to say is that he is our grandson and we still love him very much," said Long's grandmother, Margaret Long, who was visibly upset.

Long's grandfather interrupted the conversation, saying they'd been told not to speak.

CORRECTION: An earlier version of this story misspelled Xiaojie Tan's last name based on information provided by the Cherokee County Sheriff's Office.