Here's how to track Santa around the world, thanks to NORAD 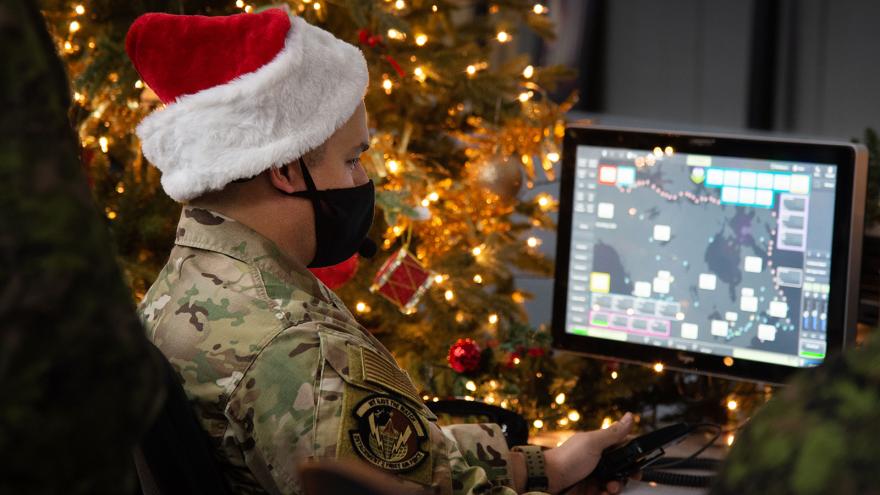 (CNN) -- Santa Claus has packed his sleigh with toys for all the good girls and boys and he has made sure the reindeer are secured for takeoff. Now, they are traveling around the world to visit millions of households.

While you are waiting to hear the jingle of bells in the air that means Santa is near, the North American Aerospace Defense Command has a tracking system to show the jolly man's progress worldwide.

NORAD, which is responsible for protecting the skies over the United States and Canada, activates its Santa tracking system at 6 a.m. ET on Christmas Eve. People can follow Santa's journey around the world on NORAD's website or they can call the command center at 1-877-HI-NORAD (1-877-446-6723).

A live operator, or a recording, will give the caller Santa's current whereabouts.

"Due to COVID concerns, the NORAD Tracks Santa Operations Center will have fewer phone operators, so callers who do not reach a volunteer will hear a regularly updated recording as to Santa's current location," reads NORAD's news release.

The tracking service can also be accessed through Amazon Alexa, OnStar and the Bing search engine, according to the news release.

This is the 66th year NORAD has been tracking Santa's yuletide journey around the world. It started by accident, according to the news release, in 1955 when a local newspaper advertisement informed children they could call Santa directly -- only the contact number was misprinted.

"Instead of reaching Santa, the phone rang through to the crew commander on duty, US Air Force Colonel Harry Shoup, at the Continental Air Defense Command Operations Center, the predecessor to NORAD," reads the release. "Col. Shoup was quick to realize a mistake had been made, and assured the child he was Santa."