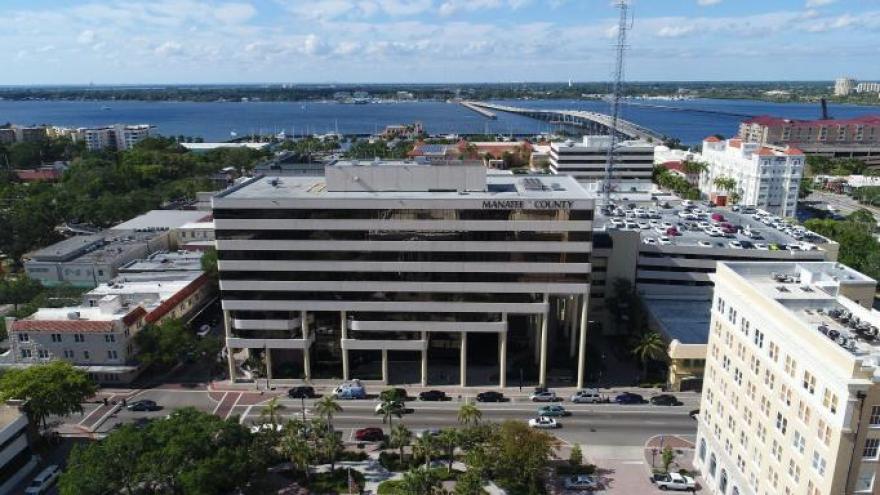 An outbreak of the coronavirus that swept through a government building in Florida, left two employees dead and several hospitalized.

(CNN) -- Officials in Manatee County, Florida, were able to identify the patient zero in a recent outbreak of the coronavirus that swept through a government building and left two employees dead and several hospitalized, all of whom were unvaccinated.

Officials learned through contact tracing that the patient, an employee in the IT department, was infected by an unknown contact, Manatee County Administrator Scott Hopes said during a virtual news conference on Wednesday.

The virus spread to four coworkers in the department, who were unvaccinated and unmasked. But another coworker who had direct contact and exposure to patient zero was not infected because he was vaccinated, Hopes said.

That individual, a 23-year-old in the IT department, got vaccinated as soon as Florida's eligibility allowed, said Hopes, who is also an epidemiologist.

"That vaccine, I believe, not only saved him but it appears that because he was vaccinated and he was sort of the next individual in line in the timeline that the outbreak in IT stopped, I believe, because it ran up against a vaccinated individual," Hopes said.

Another individual, who works on the same floor but not in the same office as the group, tested positive on June 13, Hopes said. That case is believed to be an outlier and not related to the original outbreak.

No employees are hospitalized any longer and some have returned to work, Hopes said during the news conference. The county office reopened on Monday and encouraged -- but didn't require -- those who are unvaccinated to wear masks. The county is also hosting an open drive-through vaccination clinic on Friday from 10 a.m. to 1 p.m. in the alleyway behind the county building.

Though limited to just a handful of people, the outbreak in Manatee County illuminates the ongoing risks of Covid-19 for unvaccinated pockets of people. Manatee County, like many across the country, repealed mask requirements in public buildings last month.

"These types of losses are preventable," Hopes told CNN's Erin Burnett on Wednesday night. "The vaccine works. Life is too precious."

The two employees who died were identified as Mary Knight and Alphonso Cox, who both worked in the IT department.

Cox's wife, Kim Strong-Cox, told Burnett her husband was at home and not feeling well before being diagnosed and hospitalized with Covid-19 about a week later.

She said they had both considered getting the vaccine but were still concerned about things they felt were unknown.

"We were just researching and trying to follow up about the vaccine, we just wasn't ready yet," Strong-Cox said.

In a Facebook post, the Manatee Mustangs Sports Academy paid tribute to Cox, writing, "A humble servant and the leader of Manatee Mustangs' athletics for the last two decades, Coach Al Cox personified dedication and selflessness. He gave genuinely of himself and the reverberations of his actions are immeasurable."

"A father to the fatherless, a mentor to all, a hero in every aspect of the meaning, and a legend no less, Coach Al exemplified character. A legacy that will forever reside in our community and our hearts. Thanks Coach Al. You made us all better."

In an interview with the Bradenton Herald, Knight's daughter, Molly Hart, described her mother as a kind and loving person.

"She was literally the most hard-working, energetic person. The amount of energy she had was insane," Hart told the newspaper. "She had multiple jobs and multiple kids she was taking care of. She gave everything to everybody to the fullest and the max."