Here's everything Apple unveiled at its big iPhone event 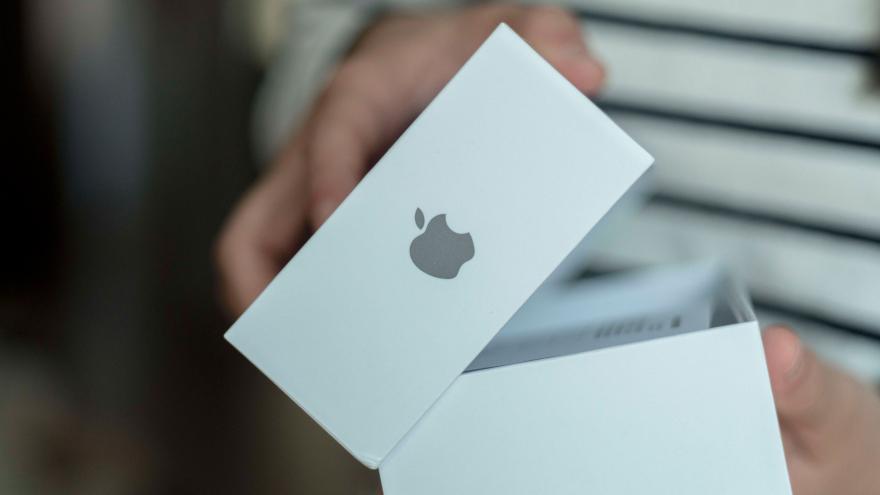 The new smartphones -- the iPhone 13 mini, the iPhone 13, the iPhone 13 Pro and iPhone 13 Pro Max -- don't include any groundbreaking design changes or features, at least compared to last year's 5G announcement. There was no portless iPhone and no under-display touch ID. Neither was there Apple's once classic line: "one more thing."

Instead, the event marked a return to basics for Apple, with predictable improvements that included better cameras, longer-lasting battery and faster processing on its devices. Still, there were some pleasant new additions, including a jaw dropping storage option for the Pro models and a newPortrait mode for shooting videos. And, contrary to some rumors, Apple made upgrades without raising the base price of its various models.

The stakes were high for Apple heading into the event. The iPhone continues to be a major revenue driver for the companyand remains central to its ecosystem of products. The event also comes amid some uncertainty: AUS judge ruled last week that Apple can no longer prohibit app developers from directing users to payment options outside the App Store. The company is facing antitrust scrutiny from regulators in the US and abroad.And Apple recently confronted weeks of controversy for its approach to combating child exploitation.

On Tuesday, Apple attempted to move past that. Here's a closer look at what was announced:

The higher-end iPhone Pro line was arguably the highlight of Apple's event, at least for the iPhone line. The 6.1-inch iPhone 13 Pro and 6.7-inch iPhone 13 Pro Max feature Apple's new, powerful A15 Bionic chip, which Apple said is the "fastest CPU in any smartphone." It will give the iPhone improved machine learning capabilities, such as real-time video analysis and the ability to analyze text in photo.

The Pro devices pack a five-core CPU with 50% faster graphics -- an upgrade that will appeal to many gamers -- as well as a bright Super Retna XDR display with a faster refresh rate, an all-day battery life and an option for one terabyte of storage, doubling the prior maximum storage capacity.

The camera system got a solid refresh, too. It comes with a new 77 mm telephoto lens with 3 times optical zoom as well as new wide and ultrawide cameras.

The Pro and Pro Max start at $999 and $1,099, respectively. (The iPhone Pro Max with one terabyte of storage costs $1,599.) The phones come in graphite, gold, silver and sierra blue. Its entire new iPhone line will start shipping on Friday, September 24.

Other updates include a more efficient display, a new 5G chip, and a tool called Cinematic Mode, which is like the popular Portrait mode feature but for videos.

In somewhat of a surprise,Apple showed off updates to its iPad and iPad mini line, too. Under the hood, the 10.2-inch iPad features a powerful A13 chip with 20% faster performance than the previous model. Apple says it's now 3 times faster than a Chromebook.

The new iPad comes with a new 12MP ultrawide camera with Center Stage, which uses machine learning to adjust the front-facing camera during FaceTime video calls, and more accessory support that works with the first-generation Apple Pencil. It also supports a True Tone feature that adjusts the screen's color temperature to ambient lighting.

The full-sizeiPad costs $329 for 64GB storage -- double the storage that typically ships on an entry-level iPad. For schools, the device costs $299. Pre-orders start today and shipping begins next week. The iPad mini starts at $499.

Apple unveiled the new Apple Watch Series 7, a slimmer device with a wider screen than its predecessor. The new watch has a display that is 20% larger than the Series 6. It can display 50% more text and also has a full keyboard that you can tap or swipe to type out text messages.

The Apple Watch Series 7 starts at $399 and will be available later this fall.