Here is what the potential impeachment of Gov. Andrew Cuomo could look like 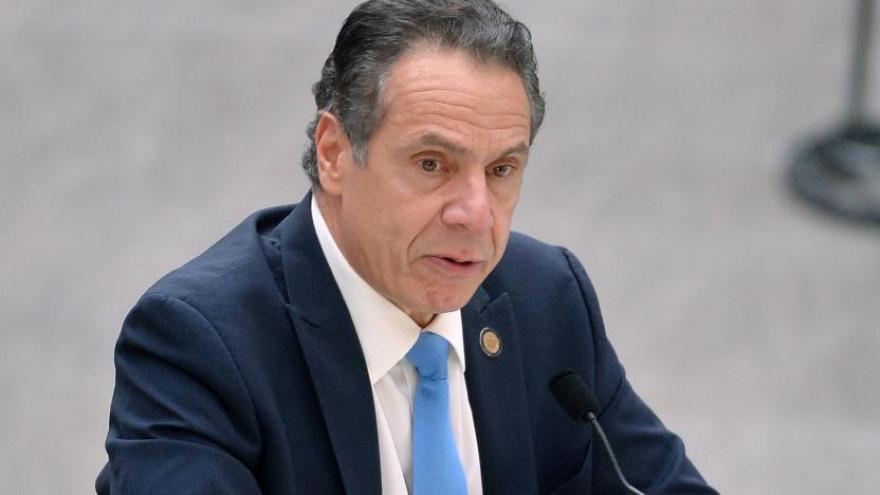 (CNN) -- Gov. Andrew Cuomo, facing multiple allegations of sexual harassment and unwanted advances, is now the subject of an impeachment investigation after the speaker of the New York State Assembly authorized the judiciary committee to begin the probe this week.

While Cuomo has apologized for "making anyone feel uncomfortable," the Democrat has maintained that he "never touched anyone inappropriately." When pressed on whether he would resign the office, as many top New York Democrats are now calling on him to do, the governor has bluntly said he will not heed those calls. The impeachment investigation is running in parallel with New York Attorney General Letitia James' independent civil inquiry into the allegations against the governor, which Cuomo has said he will participate in fully.

National and New York Democratic operatives believe Cuomo's resolve, arguing that it is highly unlikely the governor will step down on his own -- making a potential impeachment the most likely venue for the third-term governor's possible departure.

"The only way he leaves, unless he surprises everyone and turns into a different human being, is if he is impeached," said a top Democratic operative, noting that Cuomo's mentality has often been not to give an inch when challenged.

The pressure on Cuomo comes at the same time that he is under fire for his handling of nursing home deaths during the coronavirus crisis. The Cuomo administration issued a controversial advisory last year that barred nursing homes from refusing to admit patients solely on the basis of confirmed or suspected coronavirus, in order to free up hospital beds. The decision may have increased the spread of the virus in the facilities, per a report released earlier this year by James. The report also found that a larger number of nursing home residents died from Covid-19 than the New York State Department of Health's published nursing home data reflected.

The New York Assembly is overwhelmingly controlled by Democrats, with the party holding 106 of the 150 seats. Seventy-six votes are needed to impeach Cuomo.

"Provision shall be made by law for the removal for misconduct or malversation in office of all officers, except judicial, whose powers and duties are not local or legislative and who shall be elected at general elections, and also for supplying vacancies created by such removal," the Constitution reads.

If the Assembly votes to impeach, Lt. Gov. Kathy Hochul, a Democrat from Buffalo, becomes governor, stripping Cuomo of his decision-making abilities. Cuomo would then go to a trial, held by the New York Senate, which would be made up of the senators and the judges of the court of appeals, according the state Constitution. Hochul would not be part of the trial, the Constitution says.

Cuomo would need to be found guilty by two-thirds of the state Senate. Democrats hold 43 of the 63 seats in the legislative chamber.

If convicted, the punishment would be removal from office, the Constitution states. If Cuomo makes it through the impeachment process and is acquitted, he goes right back to being governor. He gets his position back with all the powers that come with it.

"Judgment in cases of impeachment shall not extend further than to removal from office, or removal from office and disqualification to hold and enjoy any public office of honor, trust, or profit under this state; but the party impeached shall be liable to indictment and punishment according to law," reads the Constitution.

The decision to begin an impeachment investigation came after State Assembly Speaker Carl Heastie met with the Assembly Majority Conference on Thursday.

"The reports of accusations concerning the governor are serious," Heastie said in a statement.

Even as both investigations proceed, the sentiment among top Democrats in New York is turning against Cuomo.

On Thursday, more than 50 Democratic lawmakers in New York called for his resignation. And on Friday, a majority of New York's Democratic congressional delegation called on the governor to resign, bringing the total number of New York Democrats in the House calling on him to step aside to 16 out of the 19 New York House Democrats.