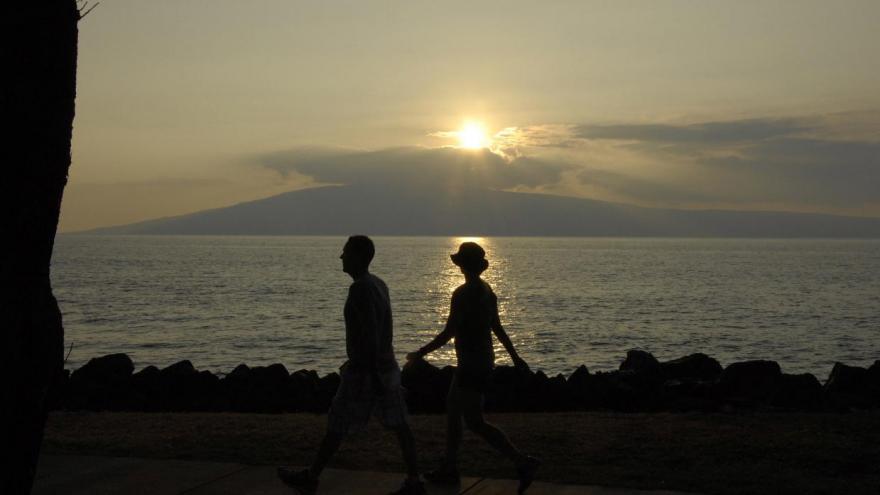 Hawaiians have the highest life expectancy in the US, according to a new CDC report based on 2018 data.

(CNN) -- Good news for those living in the Aloha State: Hawaii residents have the highest life expectancy in the nation, according to newly released data by the Centers for Disease Control and Prevention.

Researchers in the CDC's Division of Vital Statistics estimated the life expectancy of people in all 50 states and the District of Columbia based on 2018 deaths, population estimates, and Medicare data for people between the ages of 66 to 99.

West Virginians, meanwhile, can expect to live 74.4 years -- the lowest in the country.

These are the Top 10 states:

These are the bottom 10 states:

Another report published last month by the CDC's National Center for Health Statistics found that life expectancy in the US dropped a full year in the first half of 2020, falling to 77.8 years -- similar to what it was in 2006.

Experts said that Covid-19 was a significant factor contributing to the decline.

Over the past 40 years, life expectancy has increased slowly but rarely declined. Between 2014 and 2017 -- a peak period of the opioid epidemic -- life expectancy declined a third of a year, which itself was significant.

Correction: An earlier version of this story mischaracterized the people with the highest life expectancy in the nation. They are Hawaii residents.