Here are the government watchdog investigations into the federal coronavirus response 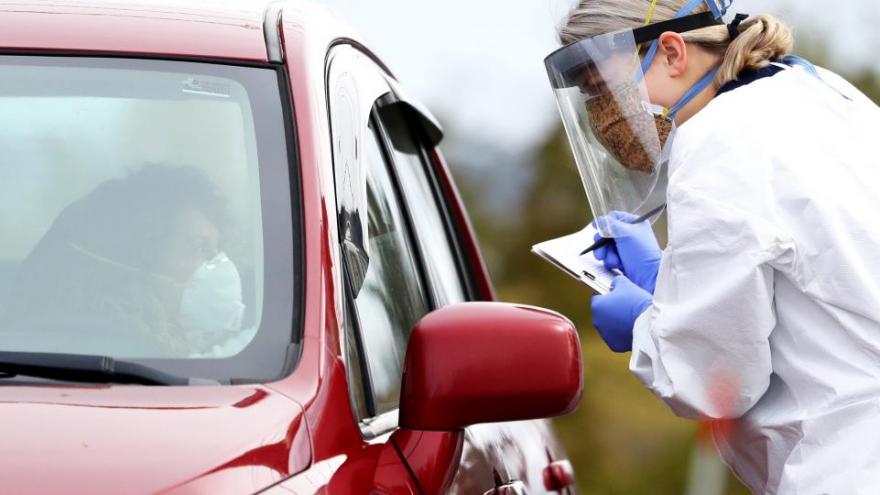 The inspectors general from three key agencies updated the House Oversight Committee on Tuesday on four investigations into potential issues with the federal government's coronavirus response, the committee sai

(CNN) -- The inspectors general from three key agencies updated the House Oversight Committee on Tuesday on four investigations into potential issues with the federal government's coronavirus response, the committee said.

The Justice Department, Treasury Department and the Small Business Administration inspectors general referenced plans for the use of "flash reports" to provide frequent updates on the probes, as well as possible protections for the inspectors general in light of President Donald Trump's ouster of several such independent watchdogs, according to a news release.

The news comes on the heels of the committee of inspectors generals -- created by the CARES Act providing federal coronavirus relief -- selecting former inspector general Robert Westbrooks to lead the group. Trump fired the group's previous head earlier this month.

CNN has reached out to the three agencies regarding the briefing.

According to the House committee, Treasury Deputy Inspector General Richard Delmar, who is performing the duties of the acting inspector general, called for the appointment of the new special inspector general for pandemic recovery position under the CARES Act. He said the job was "paramount." He added that it was necessary "for the office to be set up as quickly as possible to ensure proper oversight."

Michael Horowitz, the Department of Justice inspector general, "made it clear that the Council strongly believes in independent oversight and the ability of IGs to do their job without fear or favor, as the law requires," the news release said.

He said "that IGs will continue to move forward with independent oversight and release public reports on issues related to the coronavirus pandemic," adding that they "will work with the Committee on legislation to give Senate-confirmed and Acting IGs the protections they need to continue to do oversight."

These are the pending investigations into the federal coronavirus response:

Delmar told the panel that his office was conducting two audits into provisions for air carrier workers under the CARES Act.

Horowitz will review how the Bureau of Prisons handled the spread of the outbreak in its facilities, according to the committee. As of Tuesday, hundreds of detainees and staff members have contracted the virus, according to BOP statistics.

On March 26, Attorney General William Barr said in a memo to the Bureau of Prisons that officials should prioritize the use of statutory authorities to release eligible prisoners early to home confinement while acknowledging that some vulnerable inmates may be more protected from the deadly virus outside of the tight prison quarters. That directive came as BOP reported that 10 inmates and eight bureau employees had tested positive for the coronavirus as of that day.

The inspector general of the Small Business Administration will review the enactment of the Paycheck Protection Program, the emergency small business lending program.

The release mentioned longstanding user-reported technical issues, which plagued both rounds of emergency funding for small businesses that were issued this month, as well as several large companies that received money through the program. Some such companies, including Ruth's Chris and Shake Shack, have opted to return the funding.

CNN has reported that the main issue centered around the system that the Small Business Administration uses for lenders to upload applications. SBA said that the system was then adjusted to make sure that all lenders would be able to submit at the same rate per hour so that they would all be on equal footing.

CLARIFICATION: This story has been updated with Richard Delmar's title.