Here are 9 movies you can watch in theaters this Thanksgiving 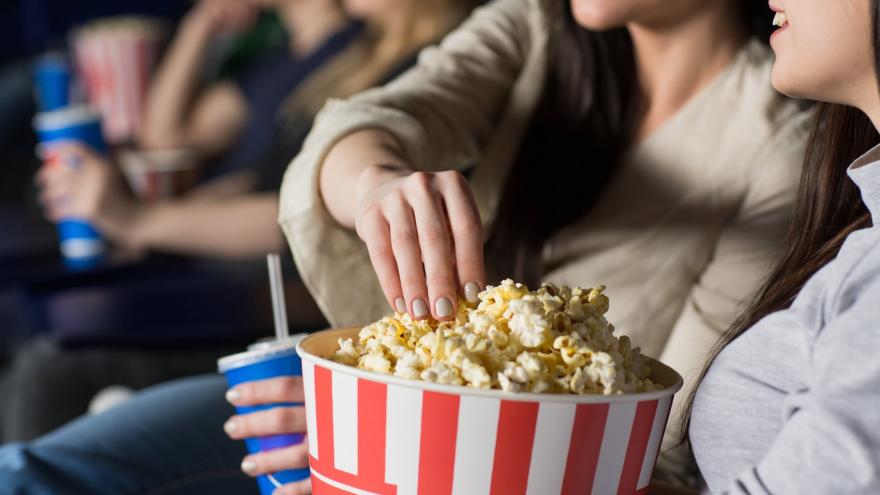 (CNN) -- Thanksgiving week is here and for many, that means a bit of extra time on their hands or few more family members in the house.

From animated Disney sequels to a thrilling fugitive tale, this year's theater lineup offers plenty of opportunities to get out and enjoy some time at the movies.

Six years after the first wildly successful "Frozen" animated film, Disney has released a sequel just in time for the holidays.

Idina Menzel still carries the belting vocals of the movie's main character, Elsa, and the creative team remains largely the same. So, Elsa, Anna, Kristoff, our favorite funny snowman Olaf and a stinky reindeer all return to the screen to set out on a journey to find the origin of Elsa's powers and save the kingdom of Arendelle. The film's already broken records for Disney, so you'll probably want to get your hands on tickets ASAP.

A Beautiful Day in the Neighborhood

Tom Hanks portrays the beloved character of Fred Rogers, the man behind Mister Rogers, in this feel-good film.

CNN's Brian Lowry praised Hanks's portrayal of the sing-song character's soft presence in a movie that focuses more on the storyline of Tom Junod, a jaded magazine writer who is assigned to write a profile of Rogers.

Based on a real-life friendship between Rogers and Junod, the film follows their pair's relationship as the children's TV personality leads Junod towards embracing the empathy and kindness that characterized Rogers.

A first date goes terribly wrong in this drama written by Lena Thwaite and starring "Get Out's" Daniel Kaluuya. When an African-American couple (Queen and Slim) are pulled over by a policeman, the night takes a violent twist. After Slim shoots the police officer in self-defense, the two are labeled "cop killers" and decide go on the run.

A detective is called to investigate the untimely death of renowned crime novelist Harlan Thrombey and finds himself sifting through an estate rife with tangled family lines and suspected foul play.

Inspired by real-life events, "The Two Popes" portrays the intimate story of the transition of papal power from the late Pope Benedict XVI (Anthony Hopkins) to Cardinal Bergoglio (Jonathan Pryce) -- now Pope Francis. A frustrated Bergoglio requests permission to resign in 2012 but is instead summoned to the side of the Pope in what becomes a difficult struggle between tradition and progress.

Produced by Netflix, the film will have a short theatrical run starting on Wednesday and will then move to the streaming platform on December 20.

"Waves" follows the heart-wrenching journey of an African-American family as they confront loss, love and forgiveness against the backdrop of suburban South Florida. From writer and director Trey Edward Shults, the trailer of this film provides only a series of emotionally charged snapshots, leaving moviegoers to come see for themselves what the movie has in store.

Corporate defense attorney Robert Bilott makes a drastic shift from defending the large chemical company Dupont to taking on a lawsuit against it, uncovering a dark history of pollution and sinister cover-ups. Tension builds as Bilott exposes increasing amounts of incriminating evidence, all while he and his family are facing threats to their health and safety.

Starring Mark Raffalo, Tim Robbins and Anne Hathaway, "Dark Waters" is inspired by the events of a real environmental lawsuit brought upon Dupont in the late 1990s and early 2000s.

If you're the type of person who starts prepaering for Christmas the second Thanksgiving is over (or even before), "Last Christmas" may be the perfect pick.

From the director of "Bridesmaids," the festive movie follows Kate, played by Emilia Clarke, as she plods through what seems to be a spectacular series of undesirable situations. While working as a holiday elf, she meets Tom (Henry Golding), who may just be able to sprinkle her life with a bit of romance.

One greased-up moviegoing option is "Ford v. Ferrari," with Matt Damon and Christian Bale reenacting a rivalry based on a real story. This adrenaline-fueled film pits the two auto makers against each other as the all-American car manufacturer attempts to build a race car revolutionary enough to leave Italian-bred Ferrari in the dust at the 1966 Le Mans race.