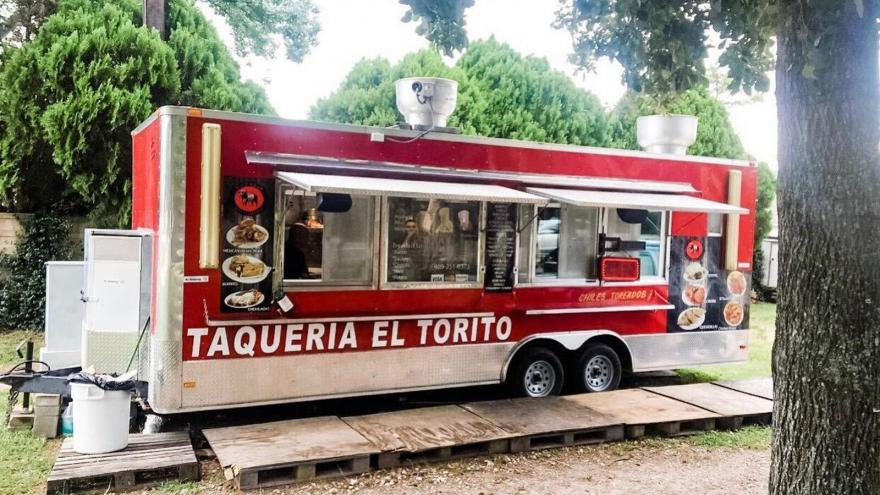 (CNN) -- When a young woman in Texas learned that her dad's small business was struggling during the pandemic, she made a heartwarming plea on Twitter asking people to help.

"I wouldn't normally do this, but my dad's taco truck business is struggling, he only sold $6 today," Giselle Aviles, 21, wrote in a tweet on Saturday about her father's taco truck, Taqueria El Torito.

"If you could retweet, I would appreciate you so much!!"

The idea came to her after a conversation with her dad Elias Aviles, who has operated his food truck in Humble, Texas -- about 20 miles outside of Houston -- for the past six years.

When the pandemic hit, the food truck's sales began to plummet, Aviles said. Because the two have a close father-daughter relationship, Aviles would often ask him about his sales for the day. He sometimes would earn $60, $40 or $20 in a day. But this time, he told her he had made as little as $6 last Saturday.

"When he said $6, it was kind of like are you kidding me?" Aviles told CNN. "So, I just said well we have nothing to lose and I decided to make the tweet that day."

Like Aviles' father, many small business owners throughout the country continue to struggle through the pandemic. According to the National Bureau of Economic Research, more than 100,000 small businesses have not survived -- and that number is on the rise.

But Aviles' social media plea worked -- by Sunday night, the post had garnered around 2,000 retweets. She told her father that he should start to prepare for many new customers when the truck opened the next day. Her father didn't understand social media, so he didn't know what to expect, she said.

When he arrived at his food truck at 8 a.m. on Monday, a line of customers already awaited him-- some who had been waiting as early as 6 a.m., Aviles said.

Business was so busy the food truck had to close down twice -- once to restock and again when they were completely sold out. He even recruited his daughter to help with the orders.

Aviles estimates that more than 100 customers came through on Monday during her shift.

She said she appreciates the support for her dad's business and has since made an Instagram page for more customers to find his truck.

On Tuesday, the food truck had already seen another busy day of customers.

Correction: An earlier version of this story included a photo that incorrectly described a dish from Taqueria El Torito. The image was of tortas served at the taco truck.