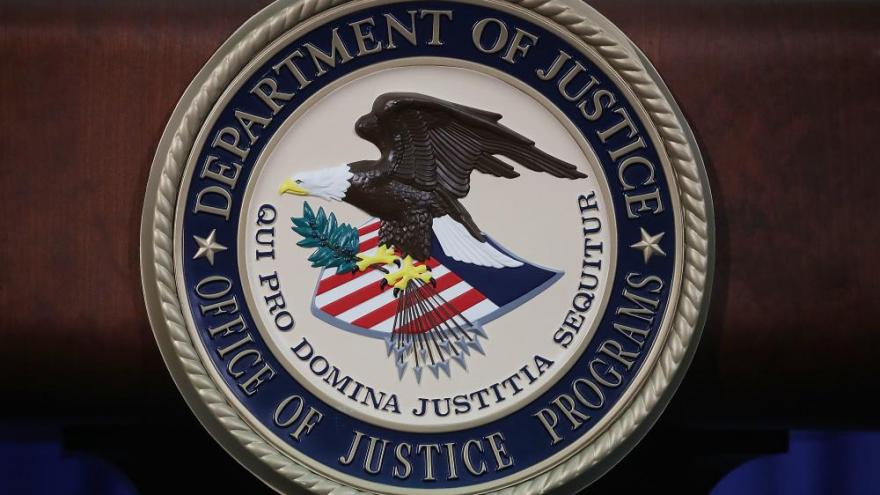 The head of the Justice Department's civil division announced his resignation on Tuesday, telling his staff in an email obtained by CNN that he would be exiting on July 3, 2020.

(CNN) -- The head of the Justice Department's civil division announced his resignation on Tuesday, the same day he signed onto a lawsuit suing President Donald Trump's former national security adviser John Bolton over the scheduled publication of his book.

In an email obtained by CNN, Jody Hunt told his division that he would be exiting on July 3. He joins a list of senior Justice Department officials who are leaving their posts ahead of the election, as is typical for many political appointees in the department. CNN reported earlier this month that the head of the criminal division and the solicitor general were both planning to step down.

Hunt's division defended the administration's policies in court, including in several headline-grabbing cases, like the fight over congressional subpoenas. Earlier Tuesday, Hunt had signed onto a lawsuit levied against President Donald Trump's former national security adviser, John Bolton, ahead of the release of Bolton's tell-all book.

CNN has reached out to the Justice Department for comment, and to inquire about Hunt's replacement.

Before taking over the civil division, Hunt served as chief of staff to former Attorney General Jeff Sessions, and before that, was a longtime career employee of the division. Before that, Hunt worked as a lawyer in private practice.

Following his Senate confirmation in 2018, Sessions said in a statement, "I am deeply indebted to Jody for his outstanding service as my Chief of Staff. He is a man of great integrity, energy, and legal skill. He is uniquely qualified to lead the Department's largest litigation division, where I am confident he will ably advocate this administration's legal agenda."

The Justice Department's civil division functions as the government's law firm, and according to the department's website, is the largest litigating component of the Department of Justice.

Each year, the civil division "represents the United States and its agencies, Members of Congress, Cabinet Officers, and other federal employees in tens of thousands of cases. In total, the Civil Division litigates matters on behalf of over 100 different federal agencies," according to the department's website.

The lawsuit Hunt signed onto earlier Tuesday marks the most significant escalation of a months-long battle between the White House and Bolton over the release of his book in a move that raises major First Amendment implications.

The suit, filed in Washington, DC, federal court, alleges that Bolton's 500-plus page manuscript was "rife with classified information," and prosecutors say that Bolton backed out of an ongoing White House vetting process for the book that he'd been obligated to do as a result of the agreements. Bolton's legal team denies the assertion.