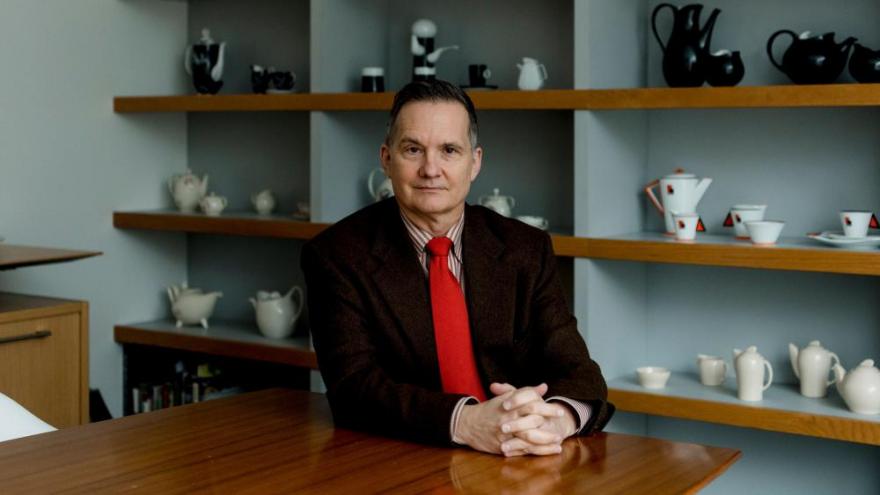 Charles Venable resigned Wednesday as head of the Indianapolis Museum of Art at Newfields after a racially insensitive job listing.

(CNN) -- Charles Venable resigned Wednesday as head of the Indianapolis Museum of Art at Newfields after a racially insensitive job listing sought an art director who would maintain the museum's "traditional, core, white art audience."

"We are ashamed of Newfields' leadership and of ourselves. We have ignored, excluded, and disappointed members of our community and staff. We pledge to do better," Newfield's board of trustees wrote in a statement Wednesday.

Venable, 60, became the first president of Newfields, the 152-acre cultural campus home to the IMA and other galleries, earlier this month as part of a change to the institution's executive structure. He had served as director of the IMA since 2012.

Newfields said in the statement it will launch an independent committee to conduct a "thorough review" of its leadership and culture. It will also expand its representation of work by artists of marginalized identities and take steps to lessen the cost of admission for its patrons. The museum will release an action plan within 30 days, it added.

Venable did not immediately respond to CNN's request for comment.

He has since apologized for the museum's job posting, telling the New York Times that it was intended to convey that the museum would not abandon its existing audience as it pushed toward more diversity, inclusion and equity.

Wednesday's resignation and Newfields' commitments are a concession to a slew of demands local artists, museum officials and community members made in an open letter calling for more accountability. They say that the job posting is just one more example of the "toxicity" that has persisted because of Newfields' current leadership.

The line in the original six-page job posting has since been updated to "traditional core art audience."

But the roughly 2,000 signatories of the open letter still demand anti-racist training for Newfields' staff and leadership, more racial representation in the museum's predominately White board and a temporary halt in the city's funding of the IMA, until "the museum is subject to an audit by a responsible third party skilled in Anti-Racist practices."

"Even with institutional commitments and public and private funding for Diversity, Equity, Accessibility, and Inclusion, many arts and culture institutions have failed to meet the charge, perpetuating systemic racism and toxic workplace environments. Newfields is just one example, but the one that must be addressed now," the open letter reads.

More than a hundred of Newfields' staff and stakeholders released a separate letter calling for Venable's resignation, along with an overhaul of the museum's human resources department.

Museums have not escaped the national conversation on racial equity and social justice sparked by the killings of George Floyd, Breonna Taylor and other unarmed Black Americans last year.

Last June, the American Museum of Natural History in New York City said it would remove a statue of former President Theodore Roosevelt that it said depicted Black and Indigenous people as "subjugated and racially inferior."