He went missing nearly 3 years ago. Deputies found him shivering outside a gas station 700 miles away 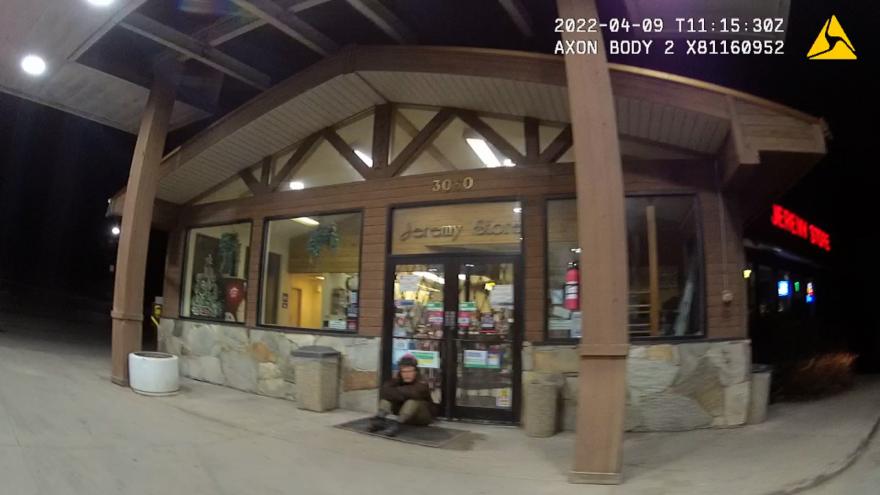 (CNN) -- Authorities in Summit County, Utah, had been hearing about a young man wandering the area with a shopping cart for several weeks.

When they encountered him last Saturday, they discovered he was reported missing nearly three years ago in northern California, more than 700 miles away.

Sheriff's deputies responded to a gas station on the morning of April 9 in the greater Park City area, after a "concerned community member" reported seeing the man sleeping there, the Summit County Sheriff's Office said in a Facebook post. The area is about a 40-minute drive from Salt Lake City.

Deputies offered the man to sit inside one of their vehicles to warm up and began researching who he was, the sheriff's office said. "Through past interactions and the Saturday interaction, it was clear to deputies that the man communicated differently," the sheriff's office said, and also included an autism awareness hashtag on its Facebook post.

A dispatcher began looking through pages on the National Center for Missing and Exploited Children website, and more than a dozen pages in, came across a missing poster for Connerjack Oswalt.

Oswalt, now 19, had been reported missing in September 2019 from Clearlake, California, northwest of Sacramento and roughly an 11.5-hour drive from Summit County.

Authorities believed it was the same person they had found shivering at the gas station.

His mother told authorities Oswalt had a distinctive birthmark on his neck. Deputies found the mark on Oswalt, Wright said.

Though authorities had previous interactions with Oswalt prior to that day, he had not shared who he was and police "didn't have reason to demand his information because he wasn't violating the law," Wright said.

Oswalt's stepfather and grandfather went to Park City, Utah, to identify him in person and be reunited, Wright told CNN.

In one of two bodycam videos sent to CNN from the sheriff's office, Oswalt's stepfather is seen exclaiming in disbelief as police show him a mug shot of Oswalt to confirm it was the same person. Wright told CNN Oswalt had a previous arrest warrant.

"Is it him?" Oswalt's mother can be heard from the phone, which was on speaker.

"My sweetheart's alive," the mother is heard saying, while sobbing on the phone. "Can you go get him please?"

Oswalt was still receiving care and resources and has not yet gone to Idaho, Wright said.