He was sentenced to life in prison while a teenager. 18 years later, Myon Burrell walks free 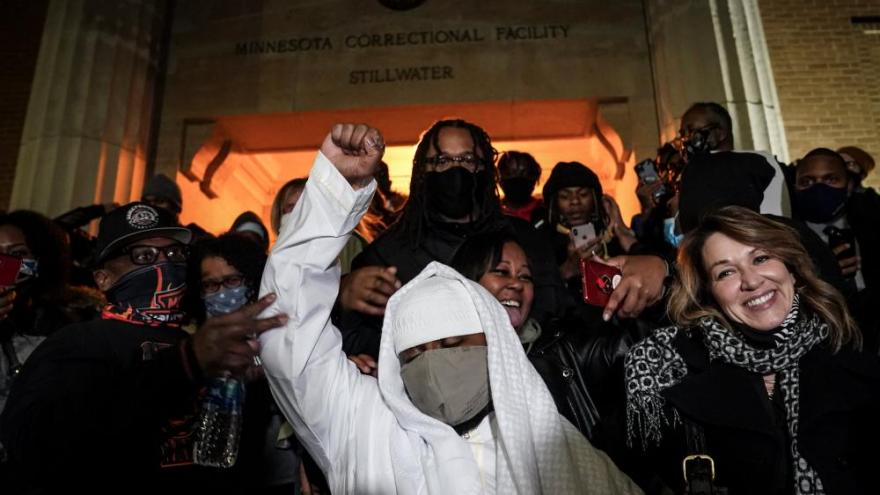 Myon Burrell is released from a Minnesota prison on Tuesday after his sentence was commuted.

(CNN) -- A Minnesota man sentenced to life in prison as a teenager when Amy Klobuchar was the county attorney has been released, after years of claiming innocence.

In 2002, Myon Burrell was jailed for life -- at age 16 -- for the killing of an 11-year-old girl by a stray bullet. Earlier this year, after new evidence was released backing his claims of innocence and raising questions about the police investigation, Burrell's case became high-profile -- particularly as Senator Klobuchar, who represents Minnesota, was competing for the Democratic nomination for president. The case cast a spotlight on both Klobuchar's record as the Hennepin County attorney and the inequities of the juvenile criminal justice system.

Ultimately, the Minnesota Board of Pardons announced that Burrell's sentence has been reduced to 20 years, the remainder of which he will serve on supervised release. Though not pardoned, he was released Tuesday evening, to a crowd of family and supporters.

"I thank everybody that came out and supported me. Man, I can't even explain my gratitude of all my supporters," Burrell said, according to CNN affiliate WCCO. "I love y'all, y'all take care and y'all keep on pushing, man. We fighting for this justice. There's too much injustice going on."

Perry Moriearty, a professor of law at the University of Minnesota and Burrell's attorney, also made a statement to the crowd and to reporters.

"Mr. Burrell wants to thank the governor and the attorney general for the action they took today on his behalf," Moriearty said. "He is very happy to have the opportunity to get home to his family and start the next chapter of his life."

Following his release, Sen. Klobuchar called the decision the right one in a statement to CNN.

"This was the right and just decision, and I thank the Pardon Board for their work. Along with others, I had asked for the independent investigation of this case, and as I said when the report was first released, the sentence deserved immediate review. That happened today. I also urge the Minnesota Conviction Review Unit to continue the re-investigation of the facts of the case," said Klobuchar.

Earlier this year, Burrell pointed a finger at Klobuchar for her role in his conviction, claiming she never took the time to look into the case. This was after an Associated Press investigation into the case labeled his conviction "flawed," prompting a host of groups, including the Minneapolis NAACP, to call for Klobuchar to suspend her campaign.

Burrell cried when he first read the report, he told ABC News in February.

"Because all of these years I've been in here and I've been screaming and I've been telling people that I'm innocent and I'm not supposed to be here," he said. "But my voice was never heard."

Correction: A previous version of this story misstated the name of Myon Burrell's attorney. It is Perry Moriearty.