He was executed for murder 4 years ago. Now someone else's DNA has been found on the murder weapon 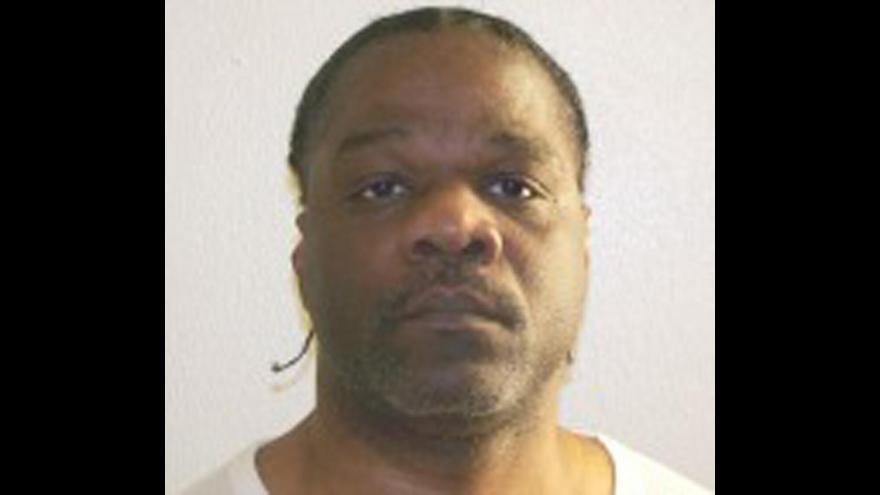 Ledell Lee was put to death for the 1993 murder of Debra Reese.

(CNN) -- Ledell Lee maintained his innocence until the end.

Before he was executed by the state of Arkansas in April 2017, Lee gave some of his last words to the BBC, telling the broadcaster, "My dying words will always be, as it has been: I am an innocent man."

Now, four years after Lee was put to death for the 1993 murder of Debra Reese, attorneys for his family say someone else's DNA was found on the murder weapon, raising new questions about Lee's conviction.

"I think if those results had been had before he was executed, he'd still be alive," Lee Short, who had been Ledell Lee's attorney, told CNN.

Attorneys representing Lee's family, including those with the Innocence Project and the American Civil Liberties Union, commissioned DNA testing of the handle of the wooden club that was used to kill Reese.

Last month, they said the results showed the DNA of an unknown man.

That DNA appears to match DNA also found on a bloody white shirt that had been wrapped around the murder weapon, the attorneys said, but it's unclear if that DNA was from the blood or other biological material like skin cells.

The attorneys also had DNA testing done for six hairs that were found at the crime scene and presented at trial in the state's case against Lee. The summary says that testing ruled Lee out as a potential source in five of the six hairs.

The Innocence Project previously said in a January 2020 statement that there was "no physical evidence directly (connecting) Lee to Reese's murder." On Friday, the Innocence Project told CNN the results of the DNA testing also did not show an "absolute or conclusive" connection to Lee.

Nina Morrison, senior litigation counsel at the Innocence Project, said in a statement last month that while the results were "incomplete and partial, it is notable that there are now new DNA profiles that were not available during the trial or post-conviction proceedings in Mr. Lee's case."

Morrison said attorneys had entered that DNA in the national DNA database in hopes of identifying the unknown male, but there have been no potential matches.

The DNA was finally tested after attorneys filed a lawsuit in January 2020 on behalf of Lee's family, seeking to have the DNA samples from the case released. They received the results last month.

Citing the ongoing investigation, Lee's family, the Innocence Project and the ACLU turned down interview requests from CNN. Lee's sister, Patricia Young, provided a statement through the Innocence Project, saying this was a "difficult time of year" for the family as they mourned the loss of her brother.

"We are glad there is new evidence in the national DNA database and remain hopeful that there will be further information uncovered in the future," Young said. "We ask for privacy for our family in this difficult time."

Lee was convicted of capital murder in 1995, two years after 26-year-old Debra Reese was found dead, strangled and beaten with a small wooden bat.

Several of Reese's neighbors told investigators they saw Lee nearby. But the lawsuit filed on behalf of his family last year insisted, "No physical evidence directly tied Mr. Lee to the murder of Ms. Reese."

Lee, who was Black, was executed on April 20, 2017 -- the first death row inmate executed in the state in more than a decade, and the first in a series of executions carried out before the state's supply of lethal injection drugs expired at the end of the month.

In an effort to prevent his execution, Lee's attorney sought in the post-conviction appeals process to finally have the DNA evidence in the case tested for the first time. Short told CNN that included testing of the murder weapon and hair found in Reese's home that prosecutors said belonged to a Black person.

Their request was denied.

"The reasoning given by the judge was it wouldn't matter, that there were three people who saw him at or near that neighborhood on that day and time and honestly the DNA just wouldn't matter," Short said.

Short said the looming expiration date could have played a role in not having the DNA tested. If the state were to halt proceeding with the execution while the DNA was tested, he said, the lethal injection drugs would be expired by the time the results had been received.

At the time, Arkansas officials indicated they were unsure if they could obtain additional supply of the lethal injection drugs in the future.

'It wasn't likely to change the verdict,' judge says

Circuit Judge Herbert Wright, who was among those who denied a request to stay Lee's execution in order to test the DNA, told CNN in an interview that the expiration of the drugs did not play a role in his case and would not have impacted his decision, which he made based on whether the evidence would make a difference in the outcome of the case.

"And my decision was that it wasn't likely to change the verdict," Wright told CNN, pointing to other evidence like the eyewitness testimony and acknowledging that the decision would clear the way for the execution.

Wright also said there was an issue of timeliness -- that there had been years for Lee to ask for the type of DNA testing that his attorneys were now seeking, just days before the execution.

The judge said that one of his "worst fears" was having a case where one missing piece of evidence would have tilted the outcome of the case in the other direction.

"But in this case, based on what was in front of me, I feel like I made the right decision," he said. "I don't necessarily like the decision, but it was the legally correct decision to make."

In a news conference earlier this month, Hutchinson said the newly uncovered evidence was "inconclusive, and the fact is that the jury found him guilty based upon the information that they had."

State Attorney General Leslie Rutledge echoed that, telling CNN in an interview, "The wrong person was not put to death. The right person was put to death. Ledell Lee murdered Debra Reese."

Asked about the new DNA evidence, Rutledge repeatedly insisted Lee was "lawfully executed" and pointed to the testimony of an eyewitness who purportedly saw Lee enter Reese's home that day and then leave, "erratically," 20 minutes later.

"I absolutely stand by the lawful conviction of the jury and the decisions of the courts," she said.