He started as a custodian. Now he's a principal in the same school district. 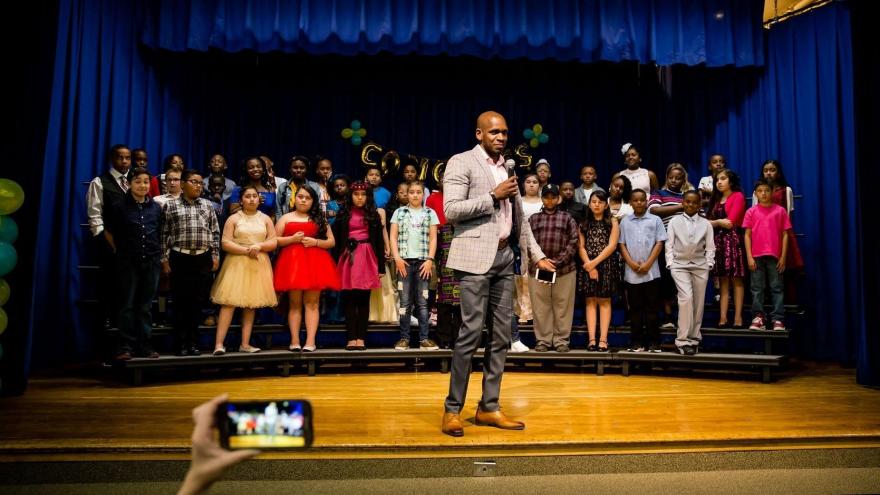 Michael Atkins was recently appointed principal of Stedman Elementary School in Denver, Colorado, in a school district where he previously served as a custodian.

(CNN) -- Newly appointed principal Michael Atkins has filled nearly every role in the Denver public school system, but his career in education began in an unconventional spot: custodial services.

Atkins, 39, now leads Stedman Elementary School in northeast Denver with a unique perspective and a will to end the same racial disparities he faced as a student.

"I have an opportunity to do diversity right," he told CNN.

As a child, Atkins was bused from his predominantly black neighborhood to a predominantly white middle school as part of a district desegregation initiative. But he saw clear differences in what classes students took and how teachers treated them based on race.

He said the discrimination he faced forced him to grow a thick skin. "I understood at that point in time that school was about compliance."

After he graduated, he balanced raising his infant daughter with part-time college courses and, naturally, a job in education. He knew his experience as a black student in a school split by race could benefit others on the same path.

He remembered the questioning looks principals gave him when he applied to be a teacher's aide, and was offered a custodial position instead.

After receiving promotions and changing schools, he reconnected with a second-grade teacher-turned-principal who'd invested in him and his family. She offered him a paraprofessional job.

Soon, equipped with a degree and certification, he graduated to teacher, then assistant principal.

Atkins officially started as principal on June 1, vowing to bridge racial and cultural divides and to encourage students to embrace each others' differences.

It's the same approach he takes in his leadership: he supports new teaching methods that cater to all of his students and provides professional development courses for every member of his staff, including custodians.

A 2018 report from a local education nonprofit found Denver public schools are resegregating as gentrification pushes low-income families out of certain neighborhoods. Against that backdrop, Atkins wants to make sure the environment at school is as inclusive as possible.

"We have to build a relationship with our number-one stakeholders: our children."