He spent 39 years in prison for a double murder he didn't commit. Now, he's getting $21 million 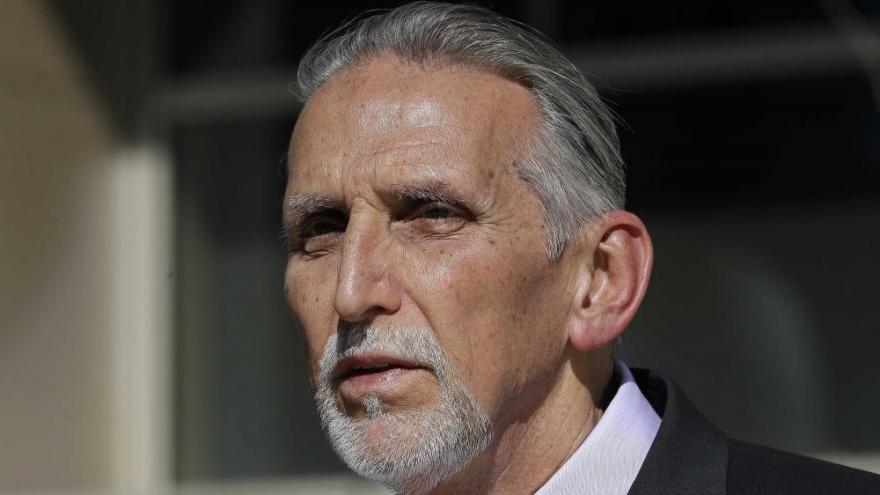 (CNN) -- Craig Coley never should have spent 39 years in prison. On this, everyone seems to agree. They also concur the 71-year-old should spend the rest of his life as a wealthy man.

Simi Valley announced Saturday it would settle a federal lawsuit, giving Coley $21 million for his almost four decades of wrongful incarceration in the 1978 murders of Rhonda Wicht and her 4-year-old son, Donald. Thirty-nine years is the longest prison term overturned in California, the city says.

"While no amount of money can make up for what happened to Mr. Coley, settling this case is the right thing to do for Mr. Coley and our community," City Manager Eric Levitt said in a statement, adding that going to trial would be costly and irresponsible.

Often, the wrongfully convicted face lengthy battles over how they should be compensated for their imprisonment as localities blame previous administrations and squabble over what monetary sum amounts to atonement.

Not here. In Coley's case, every level of government appears on board. The Simi Valley Police Department reopened the case, drawing the support of Ventura County District Attorney Gregory Totten.

Then-Gov. Jerry Brown pardoned the Navy veteran in 2017, and the California Victim Compensation Board last year awarded him almost $2 million in compensation -- $140 for each of the 13,991 days Coley was held "illegally behind bars, away from society, employment, and (his) loved ones." Months later, Coley filed a federal civil rights lawsuit, and now the city is handing over millions more.

The city will pay about $4.9 million, with the rest coming from insurance and other sources, according to a news release.

Totten's office in November 2017 announced that the prosecutor and Simi Valley Police Chief David Livingstone were supporting Coley's bid for clemency. Investigators in Simi Valley, located about 40 miles northwest of Los Angeles, had found "biological samples" -- which the trial court had ordered destroyed following Coley's January 1980 conviction -- at a private laboratory, the district attorney's office said in a statement.

"A key piece of evidence used to convict (the) defendant was found to not contain his DNA, but to instead contain the DNA of other individuals," it said.

The investigation -- which also included interviewing witnesses and re-creating the Coley case file from documents retained by his family and other sources -- led Totten to believe "the evidence, as we now know it, would meet the legal standard for a finding of factual innocence."

On November 22, 2017, Brown pardoned Coley, making him a free man, and a week later, the Ventura County Superior Court not only vacated Coley's convictions but declared him innocent, paving the way for state compensation.

In issuing the pardon, Brown said he had requested in 2015 that the state Board of Parole Hearings investigate the case, and the board heard from at least three law enforcement officers who opined that a detective in 1978 "mishandled the case."

Coley had no prior criminal record before the murders, Brown noted, and he was a model prisoner, dedicating himself to religion. He also earned two degrees and began work on a master's, according to the state Victim Compensation Board.

"The grace with which Mr. Coley has endured this lengthy and unjust incarceration is extraordinary," the governor wrote.

While the settlement brings some sense of justice to Coley and his family, it also means that Rhonda and Donald Wicht's killer or killers escaped arrest. Police said last year they were hoping the Golden State Killer might help them solve the case, but he, too, was cleared by DNA, the Ventura County Star reported.

According to the National Registry of Exonerations, Wicht and her son were found murdered on November 11, 1978. Donald had been smothered, Wicht had been strangled with a macrame cord and it appeared someone had staged the scene to look like a burglary. Wicht, 24, had also been raped, a physician later determined.

Neighbors told police the sound of a struggle had awoken them about 5:30 a.m. that morning, and one neighbor said she had looked outside and seen Coley's truck. Coley, a restaurant manager and son of a retired Los Angeles detective, was in the process of breaking up with Wicht at the time, according to the registry's synopsis.

Coley, 31 at the time, told police he had been socializing at a restaurant until 4:30 a.m., had dropped off a friend at about 4:45 and gone home himself. Police searched Coley's home and found a child's T-shirt and a bloody towel, which they believed had been used in the murders, the synopsis said.

Coley was charged with first-degree murder and prosecutors announced they would seek the death penalty.

At trial, police testified that there were no signs of forced entry at Wicht's home and that a key to an inside door lock had been found on the floor of her apartment. A doctor told jurors Coley had numerous injuries, including an abrasion on his penis, the registry said.

As he would for the next four decades, Coley denied committing the crimes, taking the stand in his own defense. Coworkers backed his story that he was at the restaurant until the early morning of the murder, and his defense team disputed the prosecution's characterization of Coley's injuries, according to the synopsis.

The jury was hung 10-2, and the judge declared a mistrial. Coley was found guilty in a second trial and sentenced to life in prison without parole. The California Court of Appeal upheld his conviction a decade later.

A Thanksgiving to remember

Simi Valley police detective Michael Bender eventually examined the case file and became convinced of Coley's innocence. In his 2013 petition for clemency, Bender said that another detective had destroyed evidence that may have vindicated Coley, the registry said.

"There was nobody else there to fight for the guy, so I just continued the fight," Bender told CNN last year. "It was the right thing to do."

Boxes of evidence once thought destroyed were found in a storage unit, and the company that had tested Coley's biological samples had been bought by a private company, which retained the samples.

As part of the new investigation, police also went to the apartment building where the neighbors lived and determined it would've been difficult to make out any details of a vehicle and impossible to identify anyone inside. When Brown officially exonerated Coley, he flatly stated, "I grant this pardon because Mr. Coley did not commit these crimes."

Coley spent his first Thanksgiving out of prison with Bender and his family.

Following news of Saturday's settlement, attorney Ron Kaye said Coley "now can live the rest of his life, which we hope will be really well into the future, with the security he deserves," according to the Los Angeles Times.