He resigned from his job, then killed 12 people. Police don't know why 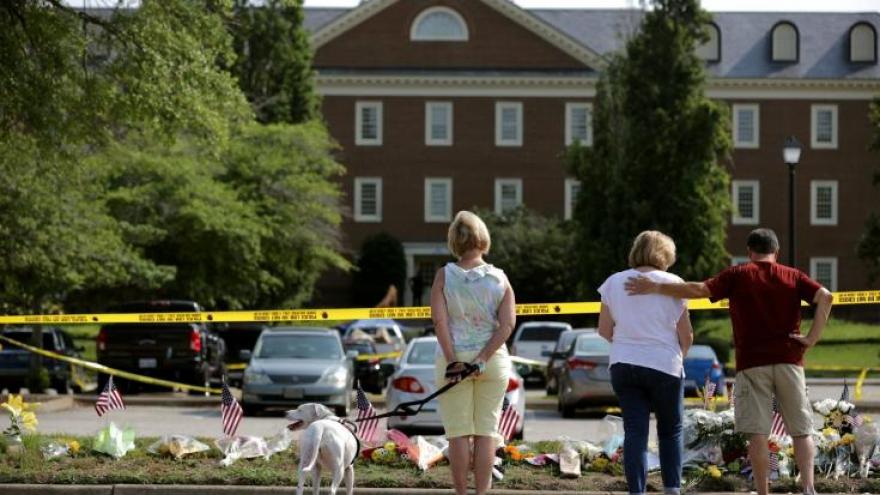 Investigators are still trying to get a better picture of what led a Virginia Beach city engineer to bring two handguns to work and empty extended magazines in a deadly shooting spree.

(CNN) -- Investigators are still trying to get a better picture of what led a Virginia Beach city engineer to bring two handguns to work on Friday and empty extended magazines in a deadly shooting spree.

At a gathering of some 4,000 city employees Monday afternoon, City Manager Dave Hansen stood on a stage and admitted to his staff that he still didn't know why gunman DeWayne Craddock did what he did, Hansen told CNN.

Craddock killed 12 people and injured others before police killed him in a shootout.

While rumors have circulated among city workers that the gunman was recently disciplined or set to be fired, senior officials in Virginia Beach expressed confidence that Craddock was not on the verge of being forced out of his job.

On Monday, the city released a letter of resignation Craddock submitted on Friday, hours before the shooting. An engineer in the city's public utilities department, he said he was submitting his two weeks' notice "due to personal reasons," adding "it has been a pleasure to serve the City."

At a meeting Sunday morning of the city's top officials, the director of the Public Utilities Department said that his department had no plans to fire Craddock, according to one city official who was present for the meeting.

At a press conference later that day, Hansen delivered the news publicly.

"To the extent that the subject's employment status has anything to do with these events, that will be part of the ongoing investigation. However, he was not terminated, and he was not in the process of being terminated," Hansen said.

Hansen also said Sunday that nothing indicated Craddock was an employee in bad standing.

"To my knowledge, the perpetrator's performance was satisfactory. He was in good standing within his department and that there were no issues of discipline ongoing," Hansen said.

That conclusion was based on information from other city officials familiar with Craddock's employment status, although it was not informed by the shooter's full disciplinary record, the city official said.

As of Sunday, officials were unable to access the computers that would have housed Craddock's disciplinary records because of the active crime scene, the official said.

Immediate details of Craddock's employment status were more difficult to learn because his supervisor was among the victims.

It was not clear if authorities were able to access those HR records as of Monday. Some parts of Building 2, where police say Craddock killed city workers and injured others in a protracted gun battle, have only just been reached by investigators.

On Monday, authorities accessed for the first time the second floor, where much of the carnage occurred, according to a person with direct knowledge of the investigation.

A spokeswoman for the FBI, which is leading the evidence recovery effort, declined to comment on the investigation.

Earlier Monday, the FBI spokeswoman, Christina Pullen, said investigators would likely remain on the scene through the week processing the crime scene.