He nearly died from Covid after choosing not to get vaccinated. Later, he returned to apologize to the medical staff 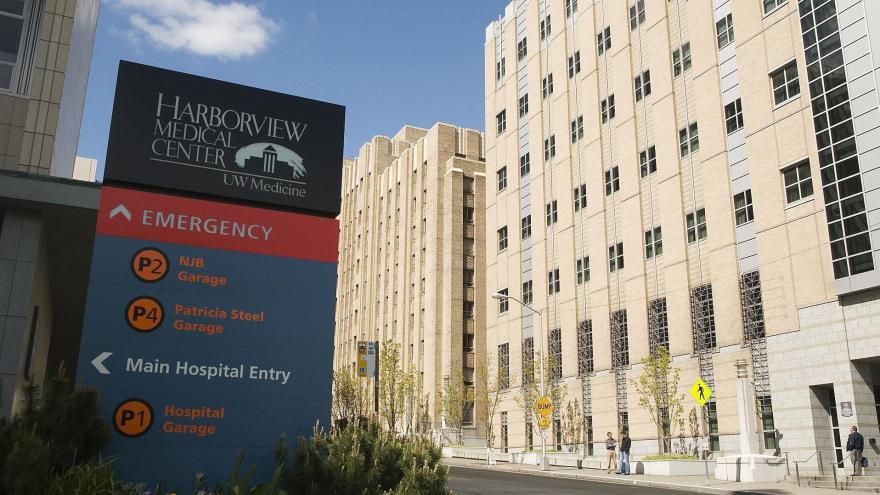 Richard Soliz returned to Harborview Medical Center in Seattle after battling Covid-19 for almost a month to apologize for being unvaccinated.

(CNN) -- After battling Covid-19 for almost a month and being released from Harborview Medical Center in Seattle, Richard Soliz returned to the hospital in late October. But it was not for medical treatment -- it was to apologize.

Soliz, a graphic artist who had not received a Covid-19 vaccine, spent 28 days on a ventilator and heart monitor at the hospital in late August and much of September.

"I am certain that there is truth to this virus, and not being vaccinated leaves you vulnerable to the extent of possibly really taking a person's life," Soliz said. "I personally know that, because I was not vaccinated. I did not act, I wasn't certain, and I nearly lost my life."

Soliz told CNN that he struggled to breathe and felt as though he could have died at any moment. But he wanted to say sorry to those who cared for him, thanking everyone he saw at the facility who played a role in saving his life.

"I was literally on my deathbed and hanging from a string, and [doctors and nurses] tended to me as perfect strangers," Soliz said. He added, when "you're in a position that I was in, it resonates differently, and I just had to say something."

He said that he was embarrassed to say that he was unvaccinated when asked by hospital staff. Few patients in the ICU, though, say that they are, hospital officials said.

According to Dr. James Town, a pulmonologist and director of the medical ICU at Harborview, about 99 out of 100 patients admitted to Harborview for Covid had not been vaccinated when Soliz was admitted.

Soliz said that he did not know anybody who had gotten sick from Covid until he got a fever and struggled to breathe. He noted that he was hesitant to get the vaccine in part because of misinformation on social media, where he read about claims of microchipping, harmful side effects and questions concerning government approval of vaccines.

"It was just not knowing, and what I did know was confusing and contradictory, so when a person is not totally convinced of something and doesn't have the proper information to determine a yay or nay, perhaps they'll do what I did and do nothing," Soliz said.

But doctors and nurses were not quick to judge or blame him.

According to the pulmonologist, very few Covid-19 patients have returned to thank the medical personnel who helped them. He noticed that if they did, it was much more common for those who spent time in the trauma and brain injury units.

Soliz recently spoke with CNN affiliate KOMO about his experience. The station showed him making the rounds to speak with staff.

"Oh, wow, you look great," nurse Kimmy Siebens told him. "To see you alive is just amazing. You look so great."

"We do put so much of our own heart into the care and worry," Siebens said. "We never really get to see people get that much better. And so it's amazing. It makes it feel like it's definitely all worth it, you know?"

Town, who cared for Soliz during his four-week stay at the hospital, told CNN that Soliz was "so openly warm, grateful and appreciative" for the care he received.

"I knew that the spirits in our hospital and our unit had been down because of how hard things have been lately and difficulty with staffing shortages and things like that," Town said. "I just felt like that was the kind of message that our staff needed to hear that people really did appreciate them."

On one hand, Town acknowledged that it's easy to lose compassion for people who chose not to be vaccinated, since "despite your hard work, the most vocal people are still telling you that you're trying to harm them and their families." On the other hand, Town found hope in people like Soliz, who not only showed appreciation for medical staff, but also used his voice to convince others to get vaccinated.

"I think we often feel like we're here to take care of whomever whenever, and everyone can make bad decisions and everyone still deserves a chance," Town said.

Soliz is now fully vaccinated, but his lungs are scarred, and he gets winded easily after any little bit of activity, he said. He still has some cloudiness in his thoughts and memory, but doctors told him that in six months he could start seeing significant healing in his lungs.

But Soliz encourages people to get the vaccine, not just because of what he went through. He admitted that he was a "tremendous burden" on medical staff, many of whom work 12-hour shifts and have received little time off.

"That's the most scariest and vulnerable feeling that I've ever had in my whole life ...." Soliz told CNN. "I don't want that to happen to anybody."