He just won a $10 million lottery for the second time 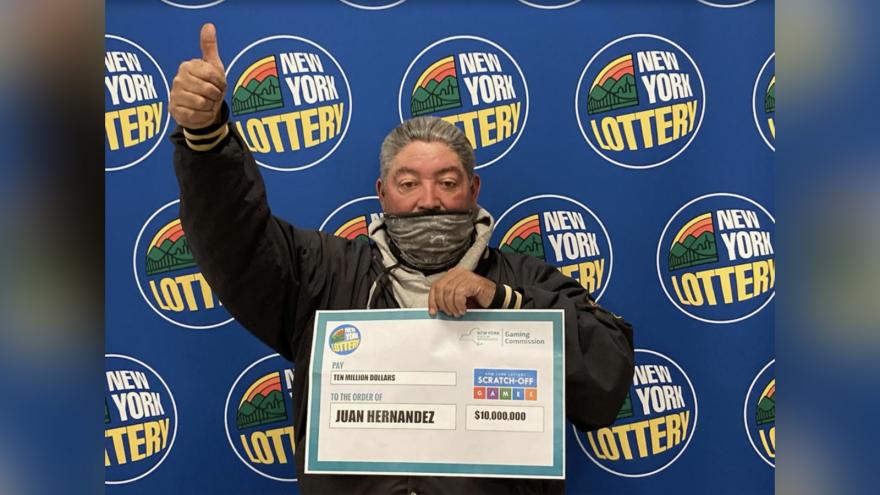 The man from Uniondale, New York, recently won a $10 million lottery prize, three years after winning another prize for the same amount.

In fact, Hernandez told New York Lottery officials on Tuesday that he's "still trying to spend the $10 million" he won in 2019.

The first time Hernandez won, he was playing a $350,000,000 Cash Spectacular scratch-off ticket. This time, he won on a Deluxe scratch-off.

It's unclear if Hernandez will continue playing the lottery, but the third time's a charm.