He donated to his local food bank for years. Now, he's among the thousands who rely on it to feed their families 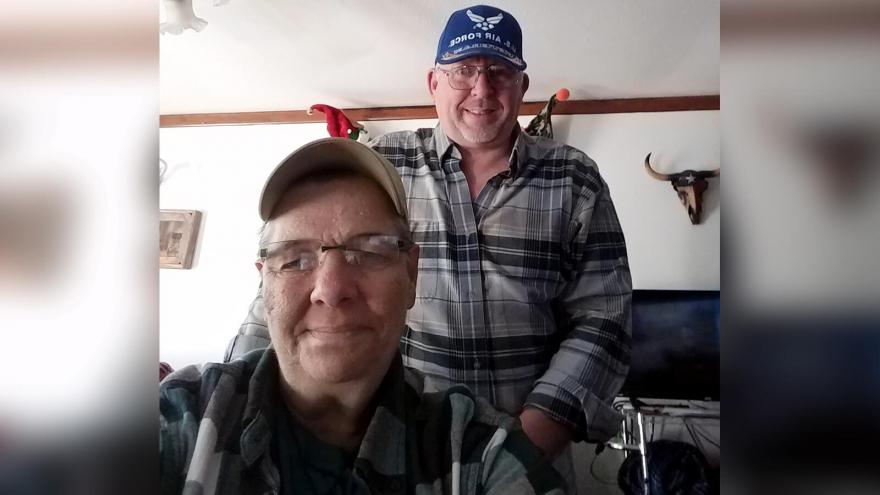 Neil Wilson and his wife used donate his time and money to his local food bank. Now, he's among the thousands of people relying on it during the coronavirus pandemic.

(CNN) -- One Texas man used to donate his time and money to his local food bank. Now, he's among the thousands of people relying on it during the coronavirus pandemic.

Neil Wilson, a retired veteran who served in the air force for ten years, was working as a retention specialist at a cable company in Tyler, Texas, when he was suddenly laid off due to budget cuts in early March.

Although he was able to quickly find employment at a local farm -- deboning chicken for eight hours a day -- he came down with a fever toward the end of March. His doctor refused to release him to go back to work, and his employer eventually let him go. He joined millions of other Americans in filing for unemployment.

With unemployment checks, Wilson said he couldn't qualify for food stamps. And that's how he found himself waiting in line for over three hours at North Texas Food Bank in Dallas.

"It all happened real quick," Wilson told CNN's Chris Cuomo on Wednesday. "Within a month we realized we don't have food for thanksgiving."

Wilson said he remembers feeling "uncomfortable" about going to the food bank -- for food -- for the first time.

"We were always the ones donating so we're just not used to having to sit back and take it," he said. "It felt uncomfortable for us at first, but we knew we had to do it."

Wilson is among more than 54 million people in the country who are facing food insecurity due to the pandemic.

"I don't know why this happened to me," he said. "I was working, doing a great job and then the pandemic hit, and it just started going downhill from there."

Wilson said he is hopeful that one day he can return to the volunteering side of the food bank.