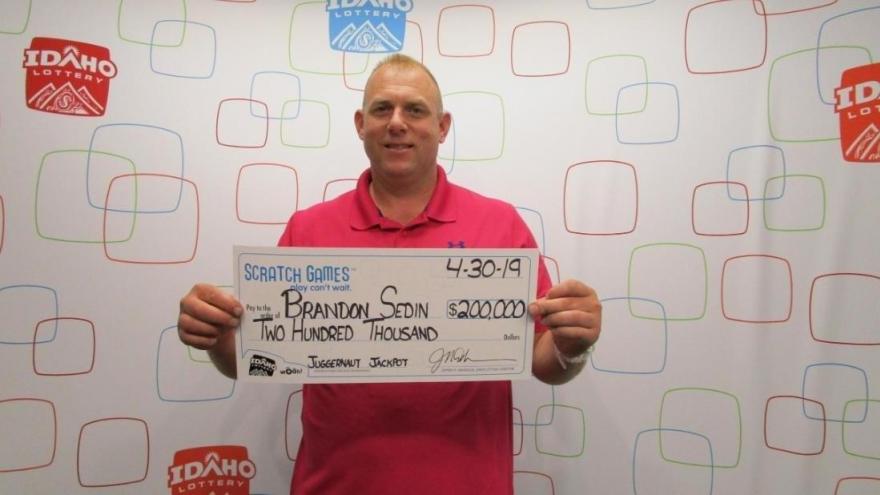 A man in Idaho bought lottery tickets after donating money to a homeless man. He won $200,000.

(CNN) -- Random acts of kindness do pay off.

A man in Idaho bought lottery tickets after donating money to a homeless man. He won $200,000.

"Wow, talk about Karma!" Brandon Sedin said. (His statements were provided by the Idaho Lottery. CNN was unable to reach Sedin.)

Sedin stopped at a local mall in Boise for some after-work shopping Monday evening and found a homeless man on a street corner. He gave him a few dollars.

After that, Sedin went into a food store where he thought it'd be a good idea to buy some scratch-and-win tickets.

"I don't play that often, but I just felt I should pick some up," Sedin said.

Sedin's winning was the last top prize in the game, called Juggernaut Jackpot. He said he plans to save and invest the money.