He died 76 years ago fighting in World War II. He'll finally be laid to rest Saturday 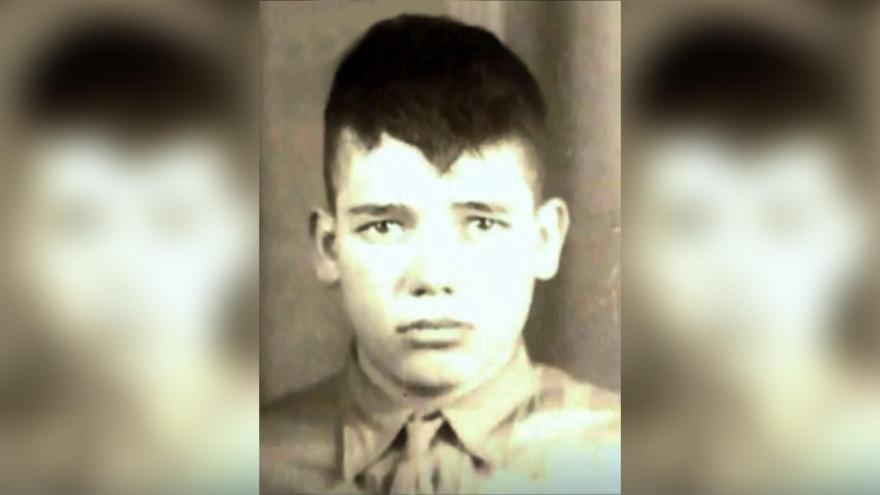 Private first class William Edward Brandenburg was only 17 when he died fighting in the Pacific during WWII.

(CNN) -- Pvt. 1st Class William Edward Brandenburg was only 17 when he died fighting in the Pacific during WWII.

Patricia Moore didn't know her Uncle William, but she certainly remembers her mother, Mae Black, talking about him all her life. The family was from New Miami, Ohio.

Bradenburg was Black's youngest brother, and he enlisted in the Marines on November 27, 1942. He was only 16 at the time. That meant he had to lie on his enlistment forms so he could join the war effort.

When the Battle of Tarawa began on November 20, 1943, Brandenburg was there. On the second day of battle, as he was leaving a landing ship on the island in the South Pacific, he was killed in action.

Moore said she was told he was hit with a missile.

The Defense Department says more than 1,000 US troops were killed during the battle. They were buried where they fell or put into a mass grave in a large trench.

For years, Moore says, her mother called any veterans group she could find in hopes of trying to locate his remains. After all the calls, year after year, Black finally had some success.

About eight years ago, a group took their DNA to be tested against remains that had been recovered and brought back to Hawaii.

For eight years, they didn't hear anything -- until one day, Moore got a phone call.

Their DNA samples had helped identify her uncle's remains.

"When the woman called me, I fell down in a chair and had a meltdown," she said. "I couldn't even talk to her."

While she's elated that she can finally bury her uncle, it's also bittersweet.

Her mother, who tried for so much of her life to get her baby brother home, died six years ago.

Brandenburg's body is being flown to the Cincinnati/Northern Kentucky International Airport on Wednesday. He'll be buried on Saturday at Hickory Flat Cemetery with full military honors.

There are still 72,000 Americans soldiers from WWII who are unaccounted for, according to the Defense Department.