He almost lost his friend to a motorcycle accident. So he created a helmet that calls 911 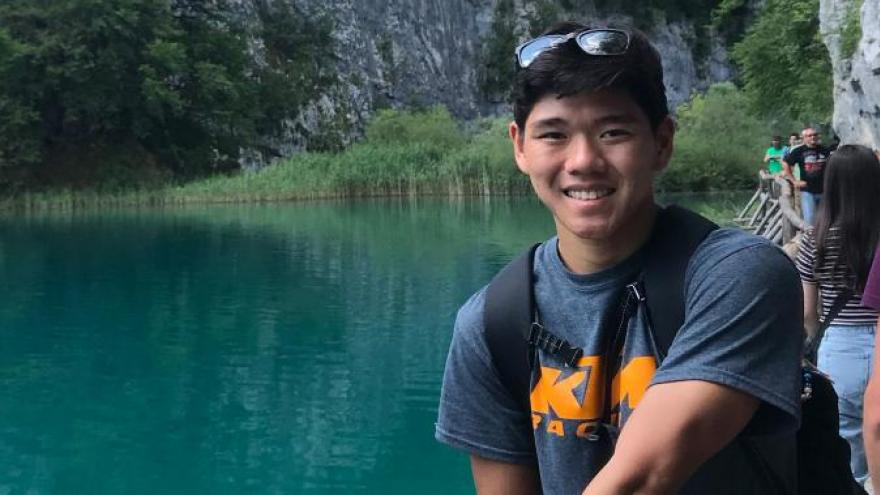 College student Ty Uehara is working on a prototype for a helmet that can call 911.

(CNN) -- A college student and avid motorcyclist has created a prototype helmet that uses technology in hopes of keeping bikers safer than they've ever been on the roads.

Ty Uehara, a junior computer science major at the University of Hawaii at Manoa, rides a motorcycle for transportation and as a way to relax. But the 21-year-old told CNN one of his friends recently had an accident while riding and suffered a broken pelvis and tailbone.

His friend couldn't call for help because he couldn't move and wasn't visible to other motorists, according to Uehara. He said most riders typically keep their phones in their backpack or have them mounted to bike.

"If you were to get into an accident, you'd have no way of accessing your phone if you've been critically injured or if your bike is distanced from you," he said.

With his friend's accident as inspiration, Uehara created ConTekt — a helmet that uses technology to contact 911 the moment its wearer hits the ground.

A lifeline without risking injury

The ConTekt helmet would need three components to work: GPS for location tracking, an accelerometer to track abrupt changes to speed and pressure sensors to monitor high impact to the outer shell of the helmet, according to Uehara.

"They'll be given a lifeline without risking any injury by moving," he said.

The number of motorcyclists killed in crashes dropped to 4,985 in 2018, decreasing by 5%, according to the National Highway Traffic Safety Administration (NHTSA), but motorcycle riders are still overrepresented in traffic fatalities.

Nineteen states and the District of Columbia have universal helmet laws, 28 states have partial helmet laws that cover younger riders, and three states don't have any helmet requirements, according to the Insurance Institute for Highway Safety (IIHS) a nonprofit group dedicated to reducing motor vehicle crashes.

Uehara submitted his invention to the 2019 University of Hawaii Breakthrough Innovation Challenge after working on his idea for a year. He won first place and was awarded a $2,000 prize.

Other finalists included software that helps sort waste for recycling, a vest that keeps the body cool with liquid metal and eco-conscious clothing made from hemp.

Uehara said the prize money will be used to obtain a patent for his helmet and the rest will go to the development of a prototype. He's still troubleshooting on how all the components will work together in tandem, but he said he's hopeful for what's to come.

After doing a cost analysis, Uehara predicts his helmet will retail for $700. He said the average price for a helmet of this caliber retails for a little over $1,000.

Through the competition, Uehara was matched with a mentor in the local business community who will help him with financial decisions, the patent and other business-related matters.