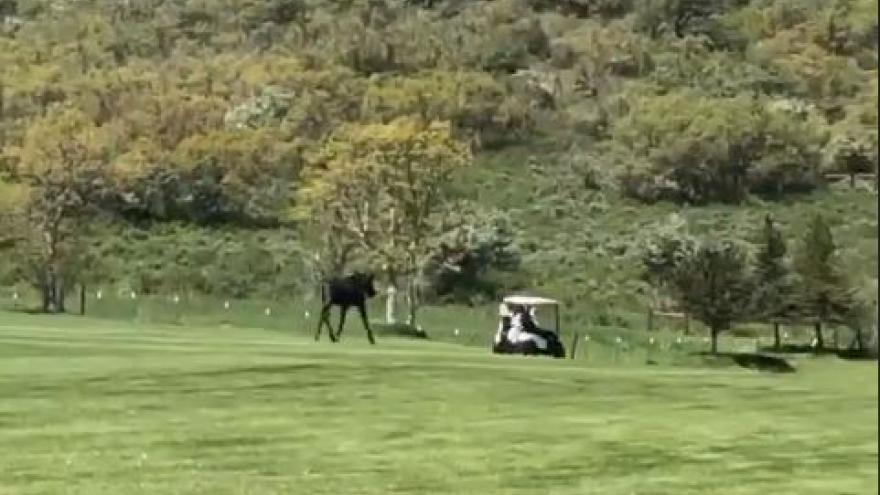 PARK CITY, Utah (AP) — A Utah couple ran into a different sort of hazard during a round of golf on Memorial Day near Salt Lake City.

A young moose bigger than their golf cart chased them off the links at the Park City Golf Club.

Emily Clearwater of Phoenix says she watched the scene unfold from a relative's home nearby and took a video when she realized it was following them.

She said the young-looking moose went after the cart twice but eventually lost interest.

Golfer Mark Redican told the Deseret News he was getting ready to hit a shot when his wife started yelling. They jumped in the cart and made an escape as the animal headed off to a nearby pond.

He says the animal wasn't super aggressive, but it was "gigantic" so they didn't hang around.