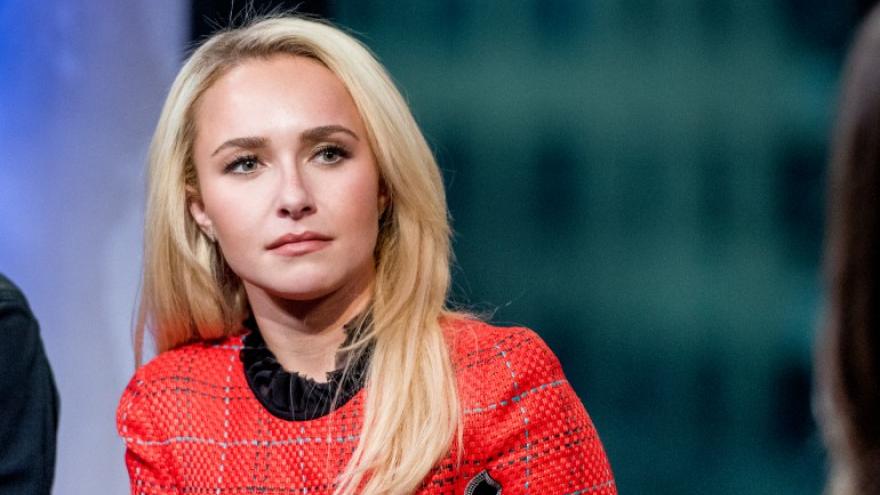 (CNN) -- Hayden Panettiere, who shares a 7-year-old daughter with Ukrainian former professional boxer Wladimir Klitschko, has started a relief fund for those fighting to defend Ukraine.

On Wednesday Panettiere launched Hoplon International, an organization which aims to raise critical funding for medical supplies and protective gear for Ukrainians.

Klitschko's brother, Vitali Klitschko, is the mayor of Kyiv.

Though her daughter is safe and not currently in Ukraine, Panettiere tells CNN she cannot "continue to sit on the sidelines" and watch people suffer in the country where she has friends and family.

"There are no words to describe what its been like watching the war in Ukraine unfold," she said. "It's gut wrenching knowing the people of Ukraine, people I call my friends and family are desperately trying to defend their way of life in a country that they love."

"Hoplons were shields employed by the ancient Greeks. In that spirit, Hoplon International funnels support from the global community to the front lines in Ukraine, where outnumbered, outgunned, and largely civilian forces are struggling to defend their country, their way of life, and their fellow citizens," reads the organization's mission statement."

Panettiere said she launched the organization to ensure aid is directly and quickly distributed where it is most urgently needed.

"I have personally witnessed the strength of the Ukrainian people who fought so hard for their independence and have continued to passionately defend their country over the years," the "Nashville" actress wrote on social media in February. "I ask for those of us who can't be there to stand shoulder to shoulder in solidarity with the people of Ukraine and show your support for #democracy."