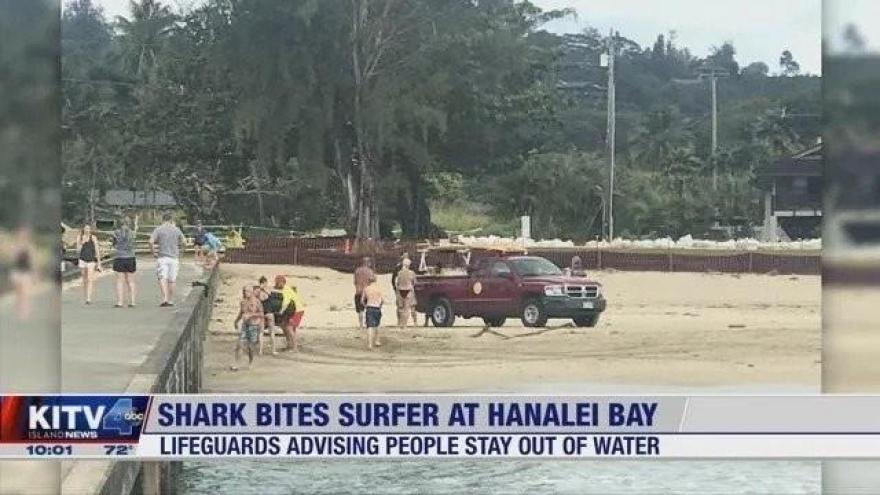 A male resident was surfing at a spot off Hanalei known as "the bowl" when he was allegedly bitten by a larger Tiger shark, according to the Kauai Fire Department.

The man sustained multiple lacerations to his leg and was transported to the hospital, according to the fire department.

Since the attack, lifeguards have posted "Shark Sighted" and "No Swimming" signs along Hanalei Bay and will reassess the water Tuesday to determine if it's safe for swimming, the fire department said.

The state Department of Land and Natural Resources has been notified of the incident as is required by standard protocol, officials said.