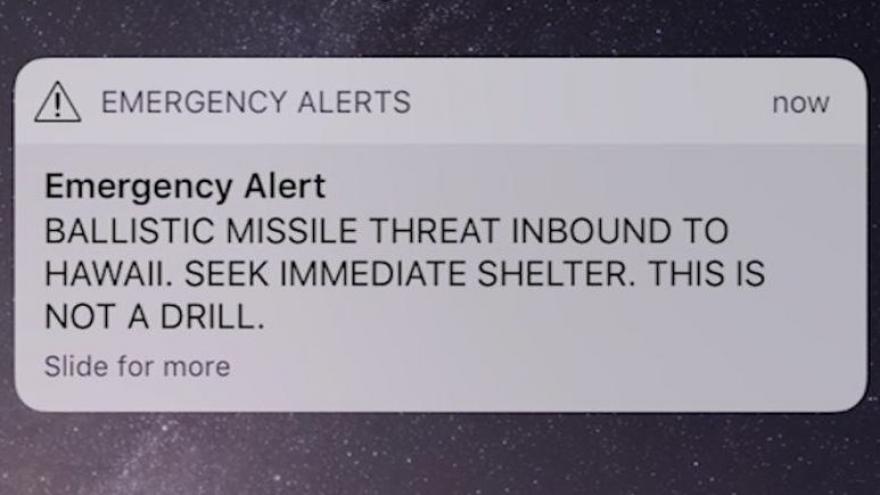 HONOLULU (AP) — Hawaii emergency management officials say a push alert that warned of an incoming ballistic missile to Hawaii on Saturday was a mistake.

The emergency alert sent to cellphones said in all caps, "Ballistic missile threat inbound to Hawaii. Seek immediate shelter. This is not a drill."

He says the agency is trying to determine what happened.

The alert stirred panic for residents on the island and across social media.