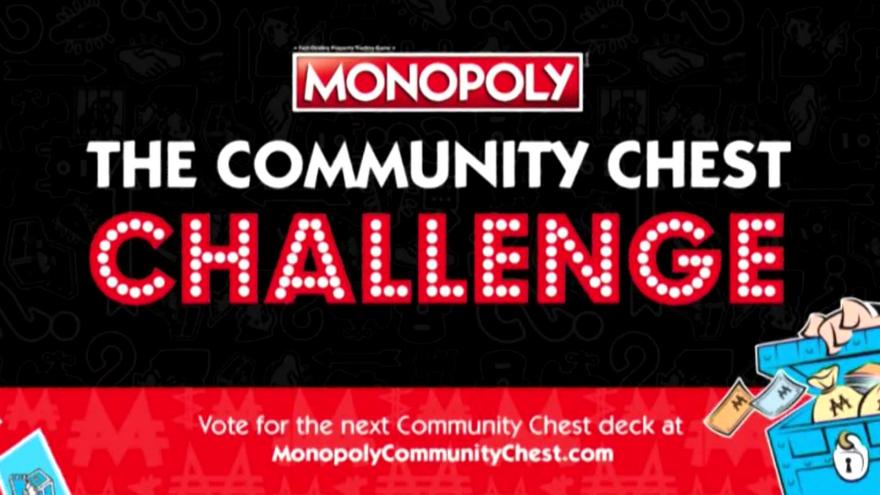 (CNN) -- Hasbro is turning to fans for help modernizing its classic board game Monopoly.

The toy company announced last week that it is changing all 16 of the game's Community Chest cards to better reflect what community means to fans today.

"Covering topics like beauty contests, holiday funds, and life insurance, there is no denying the Monopoly game's Community Chest Cards are long overdue for a refresh," according to a press release from the company.

The cards are collected by players and are used to dole out penalties or rewards for a various reasons, like winning second place in a beauty contest or being assessed for street repairs.

"The world has changed a lot since Monopoly became a household name more than 85 years ago, and clearly today community is more important than ever," said Eric Nyman, chief consumer officer at Hasbro.

Fans can now vote on the new set of cards that revolve around topics like shopping at local stores, rescuing an animal, volunteering and donating blood.

"We felt like 2021 was the perfect time to give fans the opportunity to show the world what community means to them through voting on new Community Chest Cards," Nyman said. "We're really excited to see what new cards get voted in!"

There are numerous themed versions of Monopoly and the company changed some of the game's board pieces in 2017. But this will be the first time in more than 85 years that the Rhode Island-based company has changed the game's community cards.

Last year, Hasbro reported a 21% jump in gaming sales as the result of homebound people looking for ways to occupy their time.

Hasbro also announced last week it will be hosting a Monopoly Charity Classic this spring featuring four different celebrities who will be playing to win money for charity. Fans will be able to watch on YouTube as the game unfolds and get one of the first glimpses of the new community cards.

The updated game with the new community cards is set to be released in the fall, according to Hasbro.